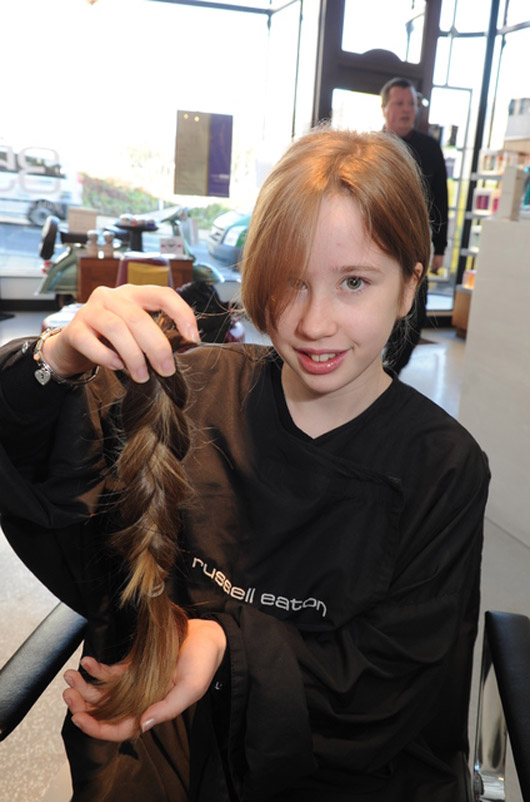 A KIND-HEARTED youngster has donated most of her hair - to help children who have lost theirs because of cancer.

Bailey Pendleton, 12, read about the charity the Little Princess Trust in a magazine and was moved to hear how it provides real-hair wigs to boys and girls across the UK and Ireland who have lost their own through cancer treatment.

When hairdresser Robert Eaton heard of Bailey's determination, he offered to do the cutting in his Barnsley salon.

Bailey, from Oakdale, Worsbrough Dale, who has not had her hair cut for four years, said: "I was at my grandma's reading her magazine when I learned about the Little Princess Trust.

"It said you had to be able to donate more than seven inches of hair and I decided mine was long enough and that's what I wanted to do.

"I'm not sure what it will look like short, but I'm glad to be able to do it because I like to think of helping someone who has cancer to feel better."

Her mum Amanda said: "I was rather surprised when she told me what she wanted to do, but she was determined and I think it's commendable that she's willing to sacrifice her long hair to help other children."