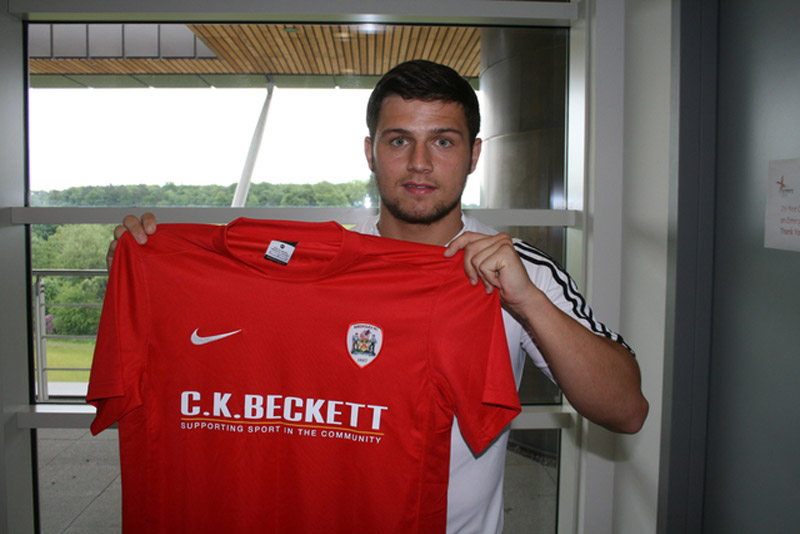 Flicker Confirms Jennings Will Not Be Leaving On Loan

BARNSLEY boss David Flitcroft has said there's no chance of Dale Jennings going out on loan - but things could be different for Reuben Noble-Lazarus.

Jennings, who's endured a testing start to his Oakwell career since his summer move from Bayern Munich, was sent off just five minutes into the Championship campaign against Wigan and has only made four appearances this season.

The 20-year-old was a £250,000 signing in June having arrived on a three-year deal from the German giants.

"His progress has been slower than we thought but we'll see the best of him," Flicker said. "We're putting a lot of time and energy into developing Dale and a loan spell isn't something we've discussed.

"We want to develop him in the way we play and that might not happen if he were to go elsewhere."

However, while Jennings looks set to stay, things could be a little different for Reuben Noble-Lazarus.

In October 2008 the 20-year-old made his first team debut against Ipswich Town at the age of 15 years and 45 days, becoming the youngest ever Football League debutant.

Since then he has failed to get a run of games as Flitcroft looks to convert him to a wing-back and has started just twice this season.

"If we could get Reuben out to the right team and the right mentor then I think that would be good for him," the boss added.

"It's just part of the development process because I don't think the under-21 league offers them the stimulus they need."