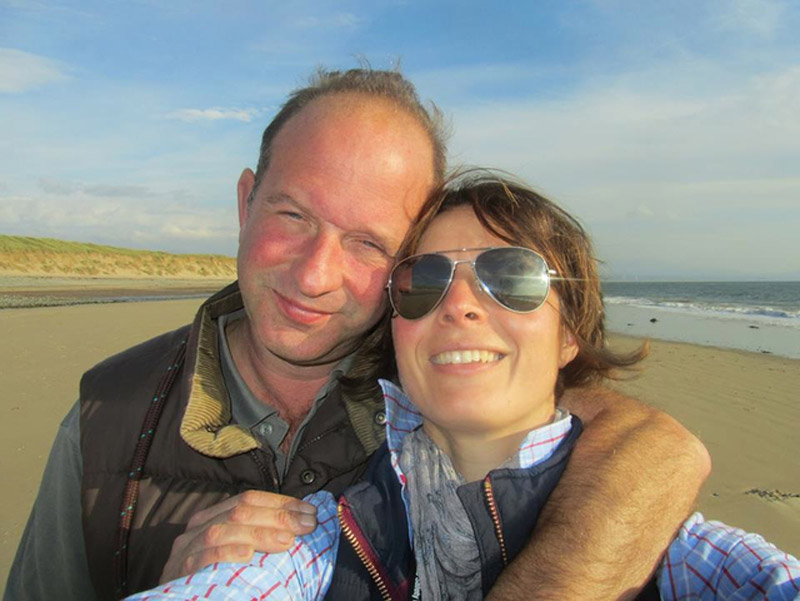 A FARMER died from a gunshot wound - less than three weeks after his wedding day.

Ben Hinchliff, a former barrister, was found dead at the farm where he lived on Barnsley Road.

Police said they're not looking for anyone else in relation to the death.

The 46-year-old married wife Emily at St John's Church, Midhopestones, at the end of September.

His death, on October 18, is the latest tragedy to affect the Hinchliff family after his younger brother Adam, 43, suffered a fatal heart attack on Silkstone Golf Course in July 2011.

Ben, who previously worked as a barrister in London, began running the family's Nether Mill Farm following his brother's death, which Adam took over from Peter, their dad, when he died in 1995.

Barbara Beever's late husband Barry was farm manager for the Hinchliffs for a number of years.

She said: "Ben was a highly intelligent man who was always courteous, always pleasant and from a lovely family.

"He always had a smile and was always very friendly which is why all this came as a big shock. He was a lovely, lovely man."

A family member, who did want to be named, said: "With his father dying and his brother dying we seemed to have drifted apart.

"If I saw him locally, we'd stop and talk, probably for half an hour.

"It's a personal tragedy and I don't want to say anything that would upset the rest of the family. I think they've had enough grief without me saying anything."

An inquest was opened and adjourned in Sheffield on October 22.