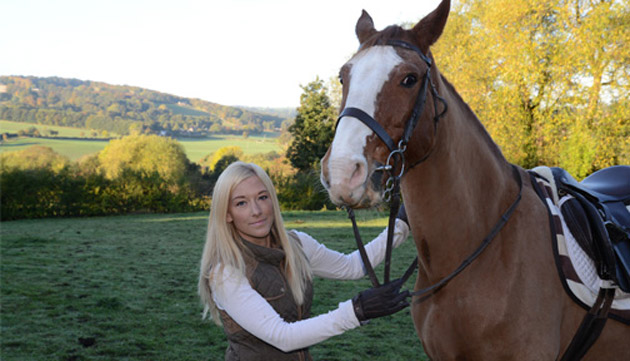 A WOMAN had to cling on when her horse bolted - after being attacked by a dog on the Trans Pennine Trail.

Sarah Bedford was enjoying a leisurely trek along the Trans Pennine Trail near Silkstone Common when an unleashed German Shepherd ran towards her and began biting her horse.

The 26-year-old then clung on as her 14-year-old warmblood, Deedee, charged off with the dog following.

"The dog came from absolutely nowhere and went straight for her back legs and she just bolted and didn't stop until we were at Worsbrough," said Sarah.

"I was shouting at everyone to get out of the way because she was at a proper gallop. She'll be scared of dogs for the rest of her life now."

Sarah feared her horse was going to crash into a gate on the trail, last Sunday morning, but a group of bike riders managed to swing it open in time.

Members of the public tried to grab the dog before the owner eventually caught up and restrained his animal but, despite being apologetic, he was unwilling to give his contact details in case the horse needed vet treatment.

Sarah, from Worsbrough, who later contacted the police, cleaned the horse's wounds and said she would monitor the animal before deciding if a vet is required.