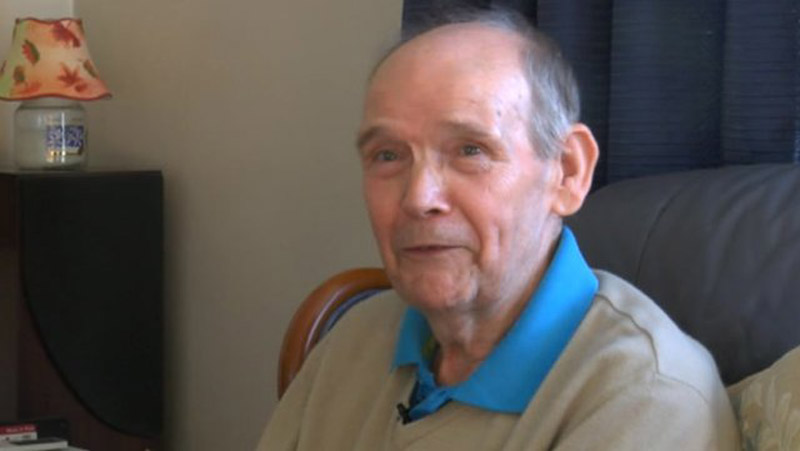 Great-Grandfather Gets His Voice Back

AN 81-year-old ex-miner who was left devastated after losing the ability to talk has been given his voice back through pioneering hospital treatment.

James Sykes, of Dodworth, was left feeling very lonely when a virus paralysed his vocal cords and he was unable to talk.

The great-grandfather believed there was no cure available to help him as he was too ill to undergo a general anaesthetic.

But now after a procedure to inject a filler into his vocal cords under local anaesthetic, he can talk again.

"When I went to see my doctor originally, he referred me to a speech therapist who said the only thing that could be done was an operation on my vocal cord," said James, who has five children, eight grandchildren and six great-grandchildren.

"I have a bad chest so I knew a general anaesthetic was out of the question. I was told that nothing could be done."

The widower began to feel very isolated and over a two-year period his voice declined until, in January, he lost it altogether.

For a man who was a bit of a crooner in his younger years, it was a hard blow to take.

"It was awful," he said. "Gradually my voice got so bad I couldn't speak and my breathing was very laboured. I couldn't have a conversation with anybody.

"It made me feel very lonely. My wife died ten years ago so I live on my own and after I lost my voice I stopped going out. I had no social life. I couldn't even use the phone."

Then his daughter Pat Rhodes, 59, of Higham, read about ear, nose and throat consultant Declan Costello who specialises in voice disorders at the Queen Elizabeth Hospital in Birmingham.

James had an initial consultation with Mr Costello. Shortly after, he had an injection in the neck under local anaesthetic where a filler material was injected into his vocal cord.

"I can't thank enough everybody involved in giving me my voice back," James said.

Daughter Pat added: "It's fantastic to have dad back to his old self. The best compliment I can pay Mr Costello is that the other day dad and I had a really good argument. We've never fallen out but we do like to argue every single day."