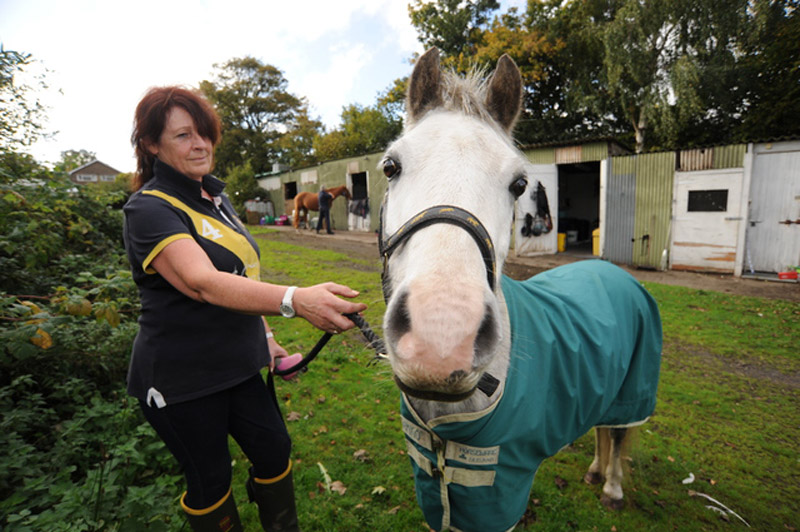 Pony Owner Warns Others To Stay On Their Guard

THE owner of a pony who had its fringe and mane hacked off by strangers is warning others to be on their guard.

Elizabeth Harmer, from Shafton, says it will take years before Benson's hair grows back and she will be able to take him to shows.

She also keeps two horses in the fields off Blacker Lane and says her horse, Arthur, had his mane chopped and a plait put in it - which she thinks is a way for horse thieves to identify an animal they want to later steal.

But when Elizabeth, 51, contacted the police she said she was told it was not a crime to cut the animals' hair.

"I know there are far more important things than my pony's looks, but I just feel there's been total indifference," said Elizabeth.

She believes youths are responsible but doesn't believe police will patrol the area even though they said they will step up their presence in the area.

"I just think it's pretty cruel. It's utterly and totally anti-social behaviour," she added.

A police spokesman said: "Police have been made aware of an incident involving horses and a pony in Shafton.

"Local officers have visited the owner of the animals and we continue to liaise with them. The Safer Neighbourhood Team is now also encorporating the area where the horses are kept into routine patrols."