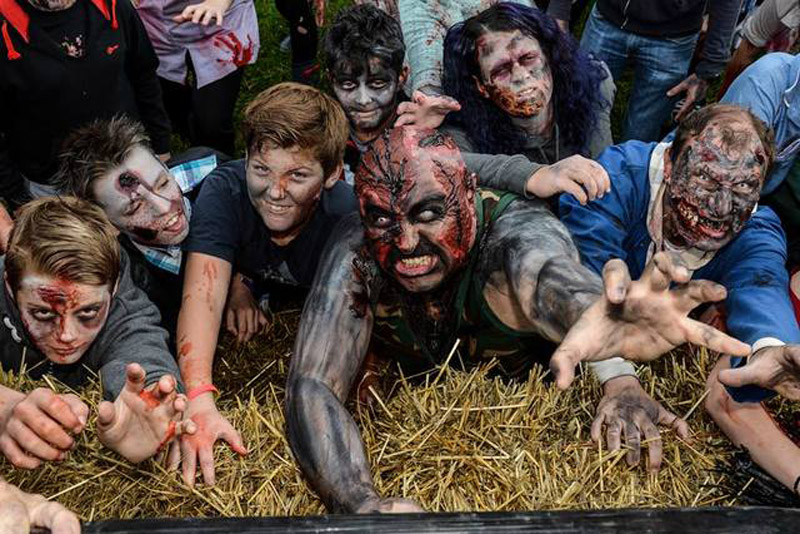 OVER £20,000 was raised when scores of blood-thirsty zombies were chasing people around Worsbrough Mill last week!

The undead descended on the park to pursue those taking part in the Barnsley Hospital Charity Zombie Run.

More than 560 people raced through the post-apocalyptic assault course as fast as their legs could take them, with the terrifying zombies hot on their heels.

The event was completed with military personnel in full-on SWAT gear carrying machine guns, guiding the hundreds of 'evacuee' runners through the 5km course.

Each runner wore a utility belt which had three 'lives' attached to it. Those who made it to the end of the race and reached the 'quarantine' area with at least one intact were deemed to have survived the course.

Katie Cartwright, fundraising manager for the charity, said the idea for the event came from her own love for TV show The Walking Dead.

"We've raised nearly £20,000 in one day and couldn't be more thrilled with the way in which people have got into the event," Katie said.

"We've had some really imaginative costumes and it's great to see people having such a good time while raising funds for such as important charity."