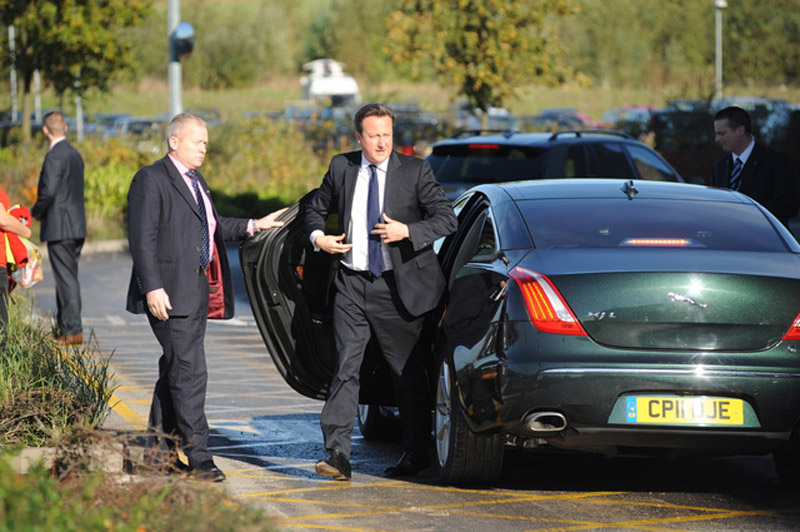 PRIME Minister David Cameron has commended online retail giant Asos for demonstrating there are jobs, businesses and expansion in the area.

Mr Cameron visited the firm's huge warehouse at Park Springs, Grimethorpe, before the release of economic growth figures were released on October 25.

During Thursday's visit, he said Asos, built near the former Grimethorpe pit site, was an impressive company which had started from nothing and took advantage of online technology and young people's desire for affordable fashion.

"I think they're to be commended and it's great they have invested here in Barnsley and they're employing so many people," he said.

But when quizzed about unemployment, Mr Cameron said the government needed to ensure businesses like Asos work with colleges such as Barnsley to offer apprenticeships, internships and training schemes.

"There is a lot more to do but I think Asos is a success story and we're standing here on a site of a very important colliery, which in the past employed 5,000 people.

"Asos now employs 3,200 people here and that is a demonstration there are jobs and businesses and expansion coming to this area."

He said such apprenticeships provided a broader opportunity to bring manufacturing and design jobs back to the UK - and the government would do everything it could to see that sort re-industrialisation take place.

"South Yorkshire is an engine of the economy," the Prime Minister added. "I don't want just a recovery where there is a big jobs growth in the south but not much benefits in the rest of the country, we want to make sure it's properly spread and that's why businesses like this are so worthwhile."

The Grimethorpe warehouse is the company's global distribution centre and opened in 2010. The firm is on target to turnover £1billion by 2015.