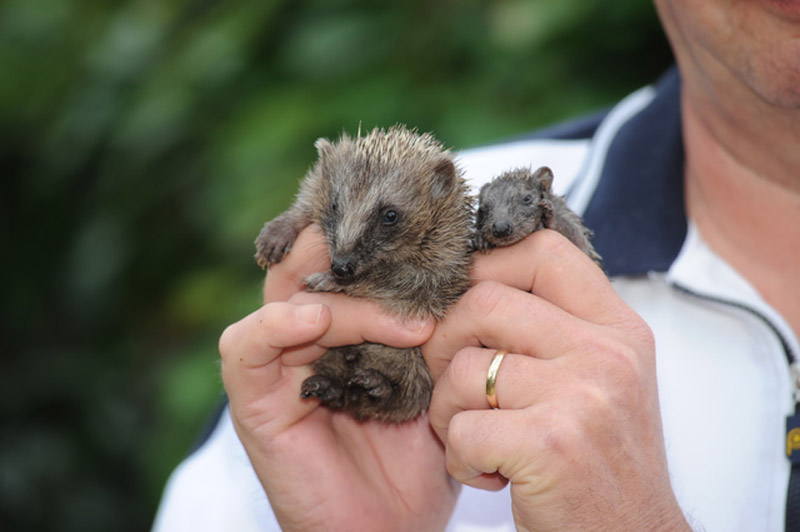 Baby Hedgehogs Tucked Up For Winter

THESE baby hedgehogs have been rescued and are now all snuggled up for winter.

The hedgehogs, called Jessie and Rosie, are only several weeks old and have been rescued by Janet Mason, of Monk Bretton.

They were found abandoned in a garden in Rotherham and will stay with Janet, of Monks Way, who will hand rear them until they reach a weight of 900g before being released next year.

She has been rescuing hedgehogs since 2010 and has released 170 into the area this year.

Many had been poisoned by slug pellets, injured or abandoned and live in her garden until they're well enough to be released.

"I've always liked hedgehogs and it's heartbreaking when they come in with terrible injuries," said Janet.

Another hedgehog called Shelly was found in a clay pit at Wigfield Farm.

The clay had set around her and it was only when she was cleaned up that Janet discovered Shelly only had one eye.

Janet only takes six hedgehogs at a time, but many come from as far away as Hull and Manchester and are released where they came from where possible.

Janet is part of Barnsley Biodiversity Group, British Hedgehog Preservation Society and Hedgehog Street and is warning people to check bonfires for hedgehogs before they're lit.

She said in 1950 there were 35 million hedgehogs but today there are about 1 million left.

She encouraged people to feed hedgehogs dog or cat food mixed with kitten milk in a container with a small hole.