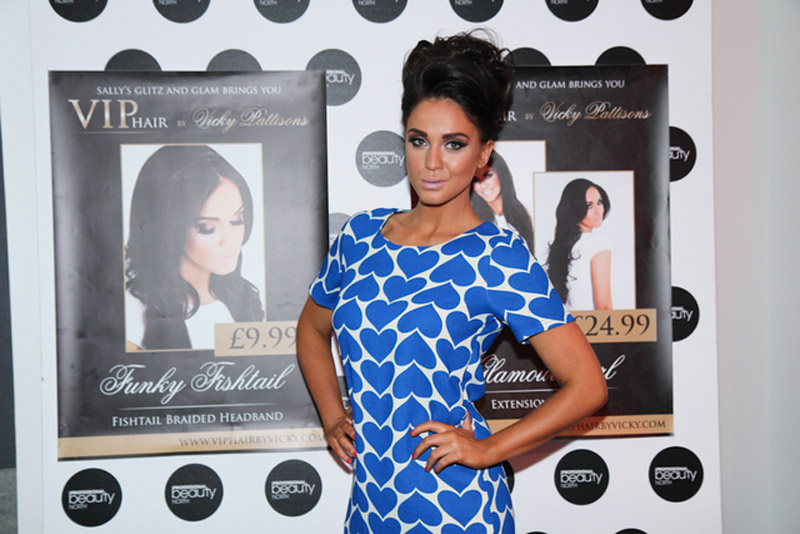 THOUSANDS of fans flocked to the launch of a reality television star's new hair extension line - and it was made possible by a Barnsley company.

What the screaming fans of Geordie Shore's Vicky Pattison may not have known was her 'VIP Hair' range has been created for her not in Paris, Milan or New York, but by a Barnsley business.

Sally's Glitz and Glam, which is based in Barnsley's indoor market, is loved by the stars of TV shows ranging from Coronation Street to The Only Way Is Essex and Geordie Shore.

Sally's mum started off selling wigs and hairpieces on Barnsley market in the 1970s.

Sally, 37, took on the business and, along with her brother Daniel, they have created a company that attracts customers from London to Barnsley as well as high-profile clients and fans.

So when Vicky Pattison from MTV show Geordie Shore wanted to launch her own line of hair extensions, she headed straight for Barnsley.

Vicky explained: "I love my Glitz and Glam big hair - so I thought it was a great idea to approach the fantastic team at Sally's to create my own hair extension line.

"We created all my favourite pieces with that VIP twist. All the styles are designed to be easy wearing - from natural day wear to the glamorous night look."

Sally, from Wakefield Road, Staincross, still works on the market stall three days a week. Her younger brother, Daniel, who lives in Brierley, looks after their website and Twitter account.

"We thought quite a few fans might be interested in the launch of Vicky's VIP line in Manchester - but nothing prepared us for the hundreds and hundreds of people who were there," said Sally.

"Customers really do travel from London to Barnsley market to buy from us and I think that's great."