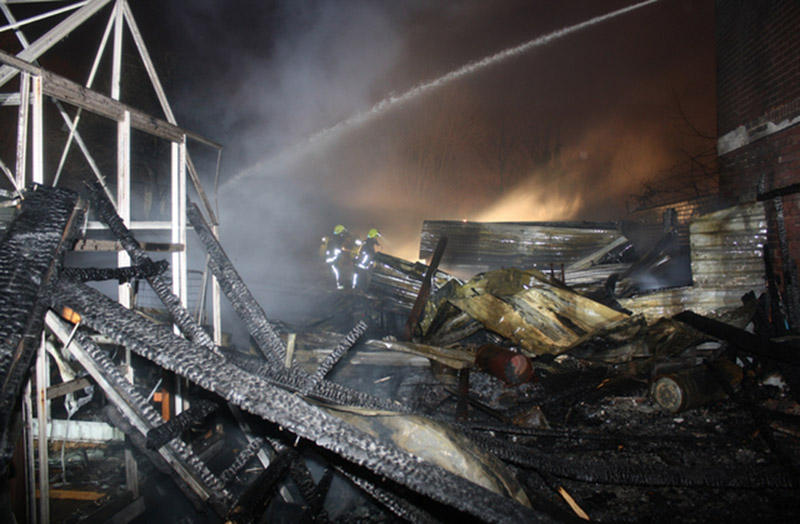 FIRE crews have battled through the night to save an industrial unit in Wombwell after a nearby fire in an allotment caused gas cylinders to explode.

The fire started at the allotment but was running up the side and along the roof of the large brick-built premises on Melville Street, spread by the strong winds.

Fire crews from Dearne and Cudworth were called out at 1am this morning (Friday), and they quickly set about protecting the industrial unit from suffering internal damage. Reinforcements from Tankersley, Dearne, Barnsley and Mosborough, rushed to the scene when the gas cylinders started to explode.

Watch Manager George Fenwick said: "Four of the indutrial unit's windows shattered in the fire, and there was some water damage inside from our firefighting actions, but we managed to prevent the building from suffering more serious damage."

The initial cause of the fire is not known.