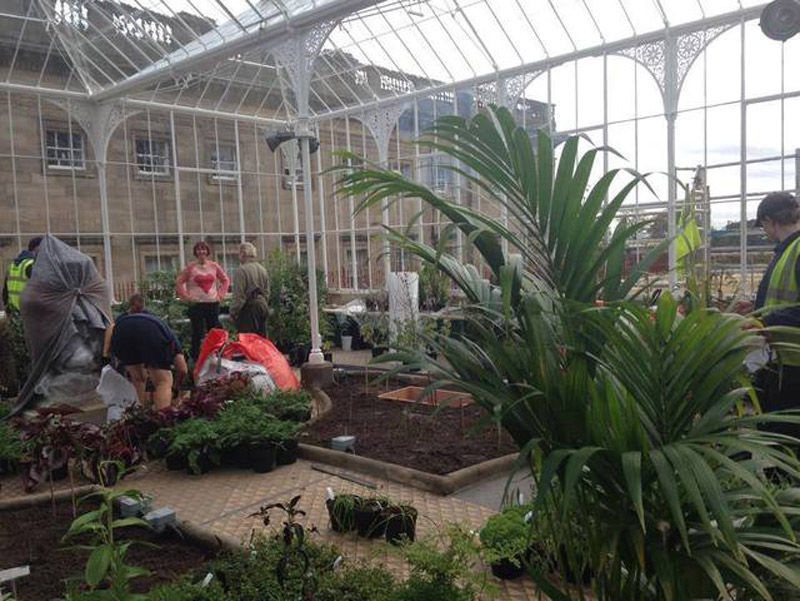 Restoration Team Behind Victorian Conservatory Up For Award

THE team behind the challenging restoration of the Victorian conservatory at Wentworth Castle are in London today as finalists at a prestigious awards ceremony.

The Wentworth Castle and Stainborough Park Heritage Trust are heading to the Palace Theatre in the West End where a film telling the story of their rescue project will be shown at the live final of the English Heritage Angel Awards.

Backed by Andrew Lloyd Webber, the Angel Awards celebrate the efforts of groups and individuals from all over the country who put hours of hard work, perseverance and imagination into saving derelict and severely damaged historic landmarks.

The Barnsley group is one of 17 on the shortlist, all of whom have been filmed by award-winning filmmakers DR Hood and Hannah Robinson and the films are already attracting large audiences on the English Heritage YouTube channel.

The films will be shown to a packed audience of heritage officials and enthusiasts before guest celebrities are invited to open a golden envelope, announce a winner and present one of the five Angel Awards up for grabs.

Andrew Lloyd Webber himself will be presenting an award, along with author and historian Bettany Hughes, 'Restoration Man' George Clarke and Richard Chartres, Bishop of London.

Paul Martin, the TV presenter known to millions from the BBC’s Flog It, will be hosting the show and introducing celebrities to present the awards.