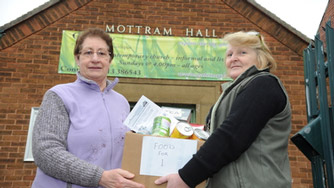 MORE food banks are set to be started across Barnsley.

Following on from successful projects at Gateway Church and Cudworth Library, the Barnsley Foodbank Partnership is an entirely new entity which has opened two more in the town.

Their main storage hub is in Blacker Hill, where they have approximately 2.5 tonnes of food stored and ready to be distributed to those in need.

Operating out of two venues, the venture has been in the pipeline for 12 months. Hope House on Blucher Street has been open for around a month now and has already seen scores of people through its doors, opening once a week. The Salvation Army building in Wombwell opens twice a week.

Alan Rouane, 32, the project's co-ordinator, said: "There's such a big need for this in the town, we've barely scratched the surface. We get a massive mixture of people who have never been in this situation before.

"It's eye-opening as there's been a massive reaction - we were fully booked in Hope House last week.

"We've got around 2.5 tonnes of food stored and that's come from the generous public, schools' harvest festivals and church groups."

The steering group behind the project is made up of people from the NHS, Voluntary Action Barnsley, the council, churches and the Credit Union. It works on a referral basis and has nine referring agencies, set to be expanded as the demand grows.

"We're stocked up on staple foods," Alan added. "We'd like more volunteers and more donations as it's a big problem that needs addressing. Whether it's vegetables, rice, pasta or fruit, every little helps."

MP Michael Dugher, whose Barnsley East constituency saw its first food bank open on September 20 at Cudworth Library, said: "Volunteers' compassion and community spirit is truly inspirational, but it's absolutely shameful that in the seventh richest country in the world we have to open food banks in Barnsley to help people feed their families."

The alarming number of people relying on food banks to survive has tripled in the country over the last year.

The Trussell Trust, which runs 400 food banks across the UK, said it handed out supplies to more than 350,000 people between April and September this year.

They said the problem was so severe that some people using food banks have started to hand back items that need cooking, as they cannot afford to use the energy.

"The level of food poverty in the UK is not acceptable," said Chris Mould, the Trust's executive chairman. "It's scandalous and it's causing deep distress to thousands of people."

END_OF_DOCUMENT_TOKEN_TO_BE_REPLACED 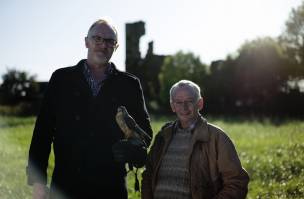