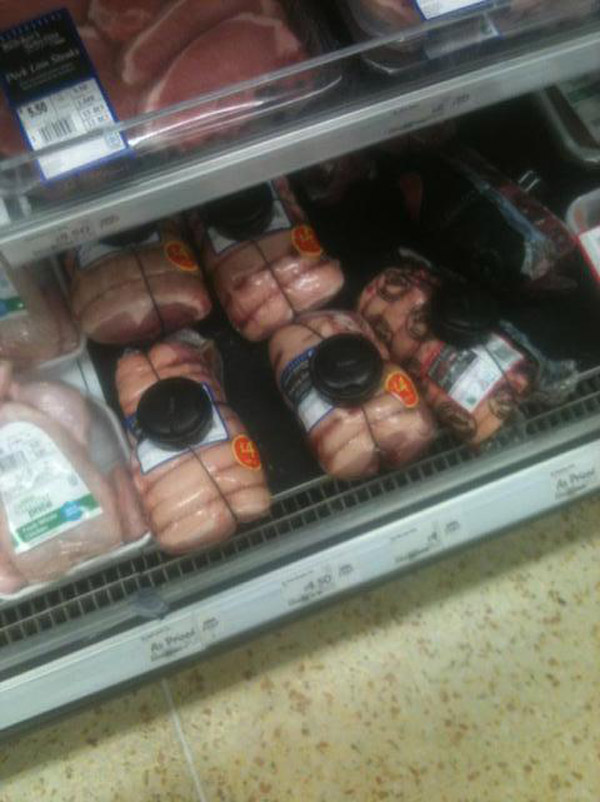 SHOPLIFTING has become so bad at one Barnsley supermarket they've resorted to electronically tagging their joints of meat.

Since April 1, a staggering 820 shoplifting offences have been documented in the town with 71 offences alone in Cudworth and Grimethorpe - where staff at the Asda store on High Street have placed the tags on joints of pork valued at £4.

Det Chf Insp Mark Wilkie said the number of shoplifting offences had gone up and revealed that the it accounts for ten per cent of crime reported to South Yorkshire Police.

He said those stealing items such as meat were usually local people who were trying to get money to feed a drug habit by selling on the goods they have stolen.

"There are a proportion of people who steal for themselves, but it's usually alcohol or deodorants. The majority of people who stole things such as meat were often stealing it to sell on and so the argument they can't afford food doesn't ring true.

"The majority of people we arrest sell it on within hours and have spent the money within a similar amount of time on drugs."

Between June and July, Asda at Grimethorpe had the highest number of offences outside the town centre.

DCI Wilkie said it wouldn't surprise him if stores did start to electronically tag meat to make them more difficult to get out of the store.

"It's been done before. Even if the alarm went off, the thieves wouldn't be bothered - they'd just leg it when they got outside. Some joints of meat aren't cheap so anything which assists in stopping the shoplifters is a good idea."