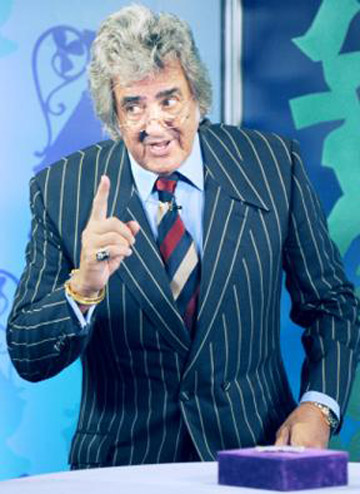 BOBBY dazzlers were all over the Metrodome when TV star David Dickinson came to the town.

Dickinson's Real Deal visited Barnsley on October 5 and people flocked to the venue with their antiques and family heirlooms.

Michael Walker, from Silkstone, proudly presented an array of First World War medals and a death plaque in memory of his uncle Leonard Walker, who died in 1917.

The medals belonged to Leonard's brother, Herbert, who survived the war to tell his tale.

Michael also had a copy of The Barnsley Independent from 1917, documenting Leonard's death. A letter from a pal was also present in the collection, explaining how he'd died.

"What's nice about this is the story, the ephemera and the tragedy about once of the brothers dying and the other coming back," said David Dickinson.

Michael said he decided to sell his collection because his sons didn't want the piece of history.

Four episodes were filmed on the busy day in Barnsley and its presenter said it's the first time his popular show has come to the town.

The first Barnsley episode of Dickinson's Real Deal will be shown on ITV early next year.