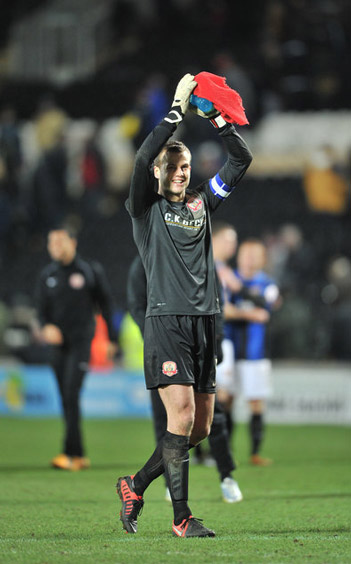 Steele Or Butland - Who Would You Choose?

PERFORMANCES in training will decide whether Jack Butland or Luke Steele with be Barnsley's first choice goalkeeper, says David Flitcroft. Who would you go with?

Flicker has claimed that he hasn't yet decided if he will reinstate Steele when he recovers from his back injury, which prompted the loan signing of Butland, Stoke and England U21's promising 'keeper.

"Like every position, the decision will be based on training pitch performances," said the manager.

"Steeley's attitude has been superb since he's been out of the team and he's not far away from training.

"Jack's conceded five goals in three games but two have been penalties."

Who would you go with? Have your say below.