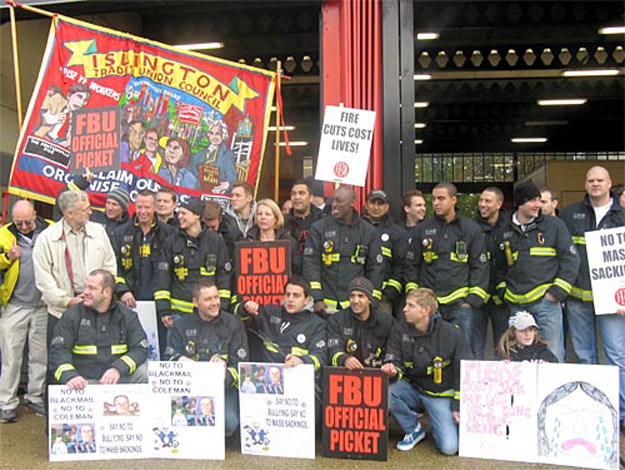 SOUTH Yorkshire's firefighters are to go on strike next weekend - in an ongoing dispute over pensions.

Crew members from across the county will walk out between 6.30pm and 11.30pm on Saturday, October 19.

The strike - the second in several weeks - is in response to a ‘government attack’ on firefighter pensions, said the Fire Brigades Union.

The FBU fears firefighters will lose their jobs without access to their pensions when they're no longer deemed fit enough to be on the front line, claiming there aren't enough community or office jobs for them to do anymore.

Officials claim firefighters already pay some of the highest pension contributions in the UK public or private sector and have seen increases for two consecutive years, with further increases planned.

"We had hoped our first strike was enough to show government that firefighters could not be more serious about protecting public safety and ensuring fair pensions," said Matt Wrack, the FBU's general secretary.

"No firefighter wants to strike and it's desperately disappointing that the government continues to deny reality over pensions costs and the need for a pension scheme that reflects the job firefighters do.

"Firefighters simply cannot be expected to fight fires and rescue families in their late-50s and into their 60s.

"We hope this second strike will result in them willing to discuss our full concerns. However, more strikes cannot be ruled out if that's what it takes to protect public and firefighter safety from these ludicrous attacks."

A spokesman for South Yorkshire Fire and Rescue said: "We're disappointed that further strike dates have been announced and call on the government and the FBU to negotiate an end to this dispute as quickly as possible."