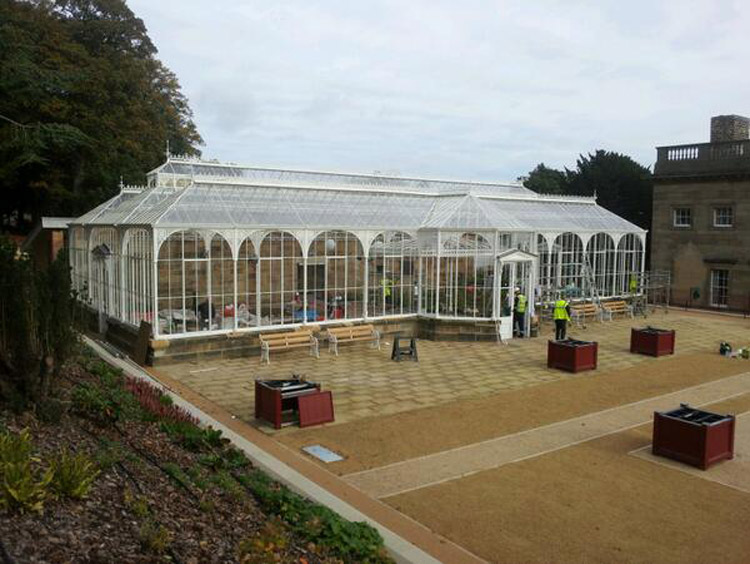 Finishing Touches Made To Victorian Conservatory

FINISHING touches are being made to the Victorian conservatory at Wentworth Castle.

The £3.74million project is entering its final stage ahead of its November 8 opening.

The final planting schemes are being positioned inside the elegant glasshouse which has been undergoing a major restoration scheme for the past 15 months.

The historic restoration is the culmination of a ten-year campaign which began after the glasshouse was featured on the BBC programme Restoration in 2003.

With only a few weeks until the re-opening, the structure is back to its former glory.

Claire Herring, director at Wentworth Castle Heritage Trust, said: "Although we’ve had the metal structure back on site for several months, it wasn’t until the glass was fitted and the scaffolding came down that it truly reflected its former glory.

"This has been a very long and difficult journey lasting a whole decade but the end result is spectacular."

Since last year's dismantling of the stricken conservatory, the original iron frame has been cleaned and re-cast where necessary.

It's also been taken off English Heritage's 'at risk' register following its restoration.

Head gardener Michael Klemperer said: "At one stage we were concerned it may fall down. I'm very pleased to announce it's in good health and no longer at risk."