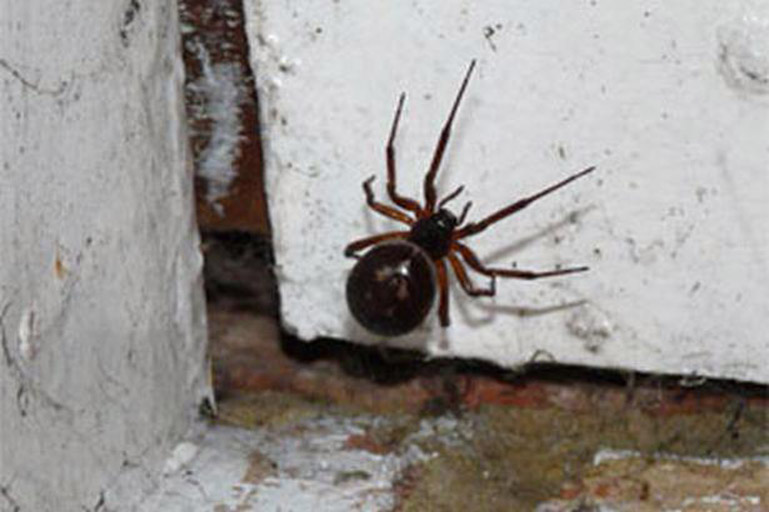 SCORES of suspected false widow spiders have been spotted throughout the borough this week - but an arachnid expert has appealed for people to stop exterminating spiders because of misplaced fears.

Shafton's Katy Pugh was the first to bring the spider to our attention on Monday after spotting what she thought was a false widow in her garden. Since we put the photo on our Facebook page, we've been inundated with images.

The false widow spider, Britain's most venomous, is spreading across the UK.

There has been an increase in the number of sightings of the species - and more reports of people being bitten.

Conservationists believe that changes in the climate could be encouraging the spider to make itself at home in new areas.

However, an arachnid expert has appealed for people to stop exterminating spiders because of misplaced fears.

"There are 650 different types of spiders in the country," said Greg Hitchock, a member of the British Arachnological Society. "Identifying them off the internet as everybody is doing is not helpful.

"False widows are fairly hairless, although they do look very much like black widows in that they're very dark.

"They have a pattern on their abdomen described as looking like a skull, but that’s a story which has gone along with its ‘deadly’ reputation.

"Lots of people said they have been absolutely sure that the spiders they've seen are false widows, but they’re not at all. It’s not that straight forward."

The expert also said that false widows - a relative of the deadly black widow - are not 'deadly', stating that no one in the UK has ever died from a spider bite, let alone one by a false widow.

The false widow spider first came to the UK over 100 years ago in crates of fruit from the Canary Islands. It's been established in Devon for a long time but recently climate change has caused the population to spread.

The false widow can be recognised by its glossy body, its bulbous abdomen, its pale skull-like markings and an almost creamy colour belt around its front.

The female false widow’s body usually measures around 15mm. The male is smaller at 7-10mm and usually even less aggressive than the female.