What Is A 'Barnsley Chop'? 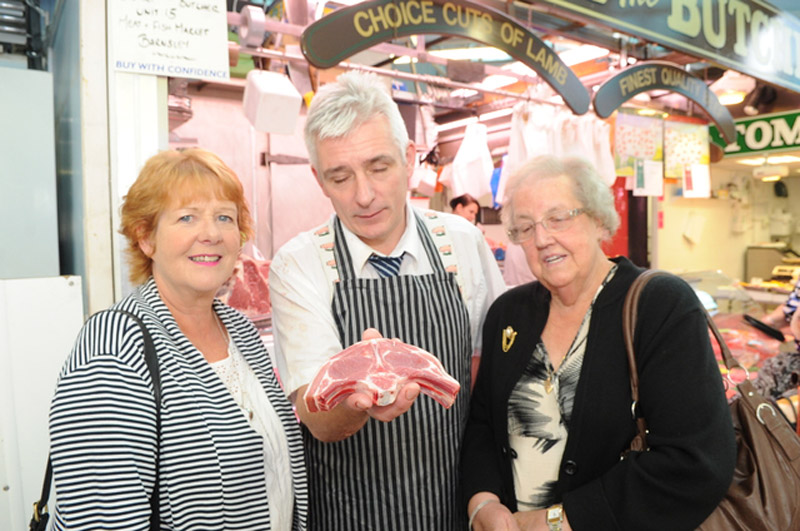 WHAT exactly is a 'Barnsley chop'? The debate has been sparked again after Marks and Spencer started selling the dish at its town centre store.

Shoppers and residents have been left scratching their heads wondering exactly what constitutes the town's signature dish. Many claim it's a one-and-a-half pound rack of lamb while others say it's a butterfly chop cut across the saddle.

In a Civic Review from 1949, the definition of the chop was given as 'the first three ribs of the sheep after the shoulder, weighing from three-quarters of a pound to one-and-a-half pounds according to the size of the animal'.

Celebrity chef Brian Turner, from Yorkshire, said his version of the chop was a one-and-a-half to two inch chop cut across the saddle, with a bit of belly fat and kidney.

"That's what we served as a Barnsley chop in the 1960s when I used to work on the grill at the Savoy in London," he added.

But at the Holiday Inn, site of the former Brooklands hotel and known as 'home of the Barnsley chop', chef Andy Lisle, 47, reckons it's only the really big cuts of lamb that really deserve the Barnsley chop title.

"Our Barnsley chops weigh 32oz, we braise them for four hours and serve them with roast veg, mint and mash," he said.

"There are many variations, but I believe as a butcher and a chef that small chops are simply chops and to be called 'Barnsley' it has to be something pretty spectacular."

In Barnsley market butcher Stuart Barrow says no-one anywhere in the country sells a Barnsley chop like the original, because the original was actually not lamb, but mutton.

Lorraine Sixsmith, 63, from Barugh Green, is a self-confessed 'meat monster' and said the M&S chops did look very tasty but questioned their size.

"To be honest they just aren't big enough to be proper Barnsley chops," she said.

Father David Nicholson, from St John the Baptist Church in Cudworth, is another fan of the old Brooklands and the size of its chops.

"The proper Barnsley chops at Brooklands were huge - in fact they were so big if you could eat a complete one they gave you a badge - and I should know because I got that badge!"