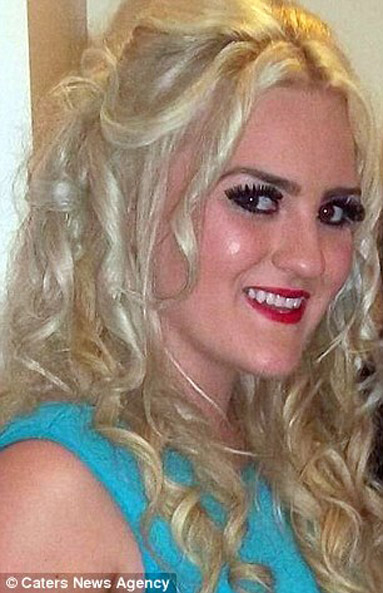 A GROUP of Barnsley fundraisers are continuing their quest to raise as much as possible for an 18-year-old who died of a brain tumour - just hours after singing 'Happy Birthday' to her mum.

Leah Bella Pearson was like any other teenager, looking forward to her future. However in March 2013, Leah's life was transformed with the news that she had a brain tumour.

Following an MRI scan, she was put on a six-week course of radiotherapy and chemotherapy at Weston Park Hospital, Sheffield, to shrink the tumour so she could undergo surgery to remove it.

Leah made a promise to herself that once she was better she would help to raise valuable funds for the hospital's Teenage Cancer Unit, to thank them for the help and support they provided for her and her family and to help other people going through an illness.

Having completed her treatment in June, Leah suddenly passed away - just hours after celebrating her mother's birthday.

Leah's parents Nigel, 39, and Haley, 37, along with younger siblings Shelby and Corey and the family's friends took over Leah’s wish and started to raise money in her memory.

Their latest project is a charity calendar which they've put together in the hope of selling to raise some more funds to continue Leah's wish.

A group of 18 local people got together with a photographer and spent a couple of afternoons at a location having some photos taken for the calendar.

The photos have now been edited and formatted into a calendar and the group's efforts have been awarded with a sponsor, to help with printing costs.

Haley said: "Leah got on with it, she made everybody laugh and she turned into a little comedian. She brought laughter to a lot of people."

Nigel and Haley said Leah was a very popular girl and was a keen dancer and actress, even landing a role as an extra in BBC drama Waterloo Road.

Nigel added: "Everything she wanted in her life she achieved. Her driving test - she passed that first time. When she got diagnosed it took everything off her but she kept smiling."