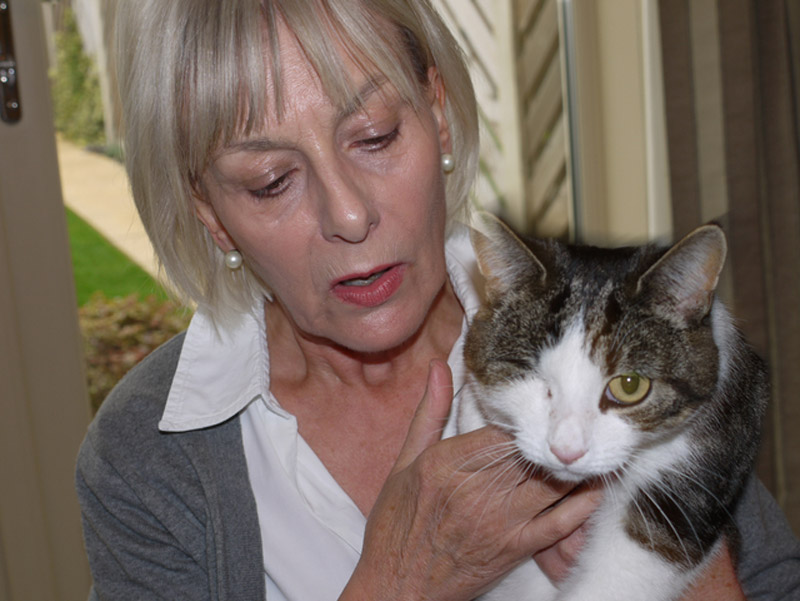 Cat Lucky To Be Alive After Being Shot

A CAT lost an eye after being shot with airgun pellets.

Gertrude was shot by callous thugs and the pellet ripped through her eye before lodging behind the socket - missing her brain by just a few millimetres.

Abbey Vets, on Dodworth Road, were able to save three-year-old Gertrude’s life but they had to remove her eye.

Patricia Turnbull, the cat's owner, of Dovecote, Foundry Gate, Wombwell, said: "She was in a terrible state. She managed to get back to the house and was trying to scramble into her basket.

"I rushed her to the vets who said the pellet had caused so much damage the only option was to remove the eye.

"A target board was found in a small wood near Hemingfield Road which backs onto my house and is where Gertrude often goes prowling.

"If it was deliberate it's a cruel and callous act."