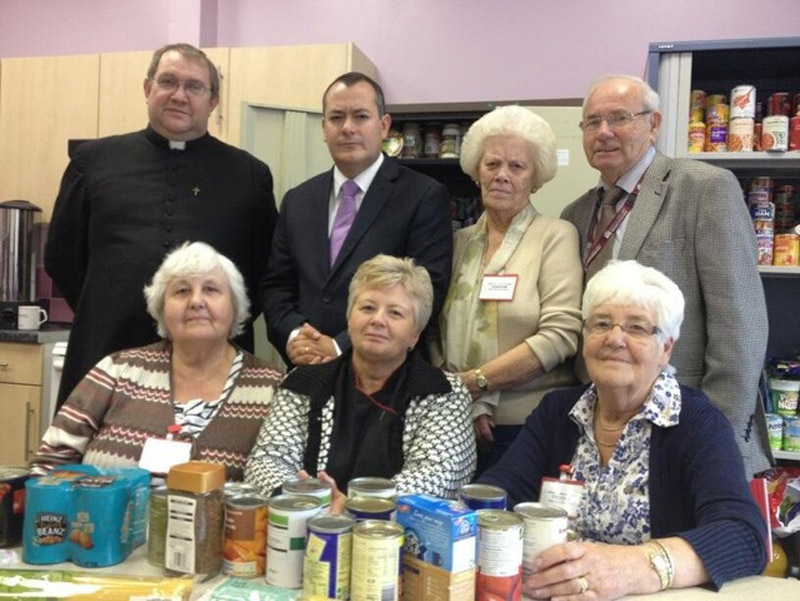 BARNSLEY'S second food bank has opened in Cudworth, offering a helping hand to those struggling to make ends meet.

Based at Cudworth Library, it provides simple food parcels containing things like tinned meat, fruit, cereals and pasta to people who have been given a voucher from referring organisations and individuals such as local councillors, schools, health workers and Berneslai Homes.

Both Fr David Nicholson of St John The Baptist Church and Cudworth councillor Joe Hayward have been involved in starting up the programme.

Cllr Hayward said a few people visited on its opening day but he's expecting more people to attend once it becomes established.

Sam Hearne, 38, came to the food bank with his one-year-old daughter, Ellie.

He said he has three daughters, two of whom stay with him, three or four days a week.

As he lives in a two-bedroom flat in Cudworth, he says he has to pay the 'bedroom tax' for his spare bedroom.

He receives about £70 in benefits per week but has only £30 a week left to pay for things such as food, bus and train fares.

He said he was 'a bit embarrassed' to come to the food bank and his 'pride was dented' but it was important to help feed his family.

"It's OK spending thousands on parks and making things look nice but it's no good if kids are hungry," he said.

Michael Dugher said: "David Cameron’s legacy in Barnsley is the sight of people having to queue up in Cudworth with their small children for tins of beans and powdered milk. I am angry about that - and you should be too."

Donations to the food bank can be made at Grimethorpe Asda, Shafton ALC, as well as Cudworth shops and Cudworth primary schools.