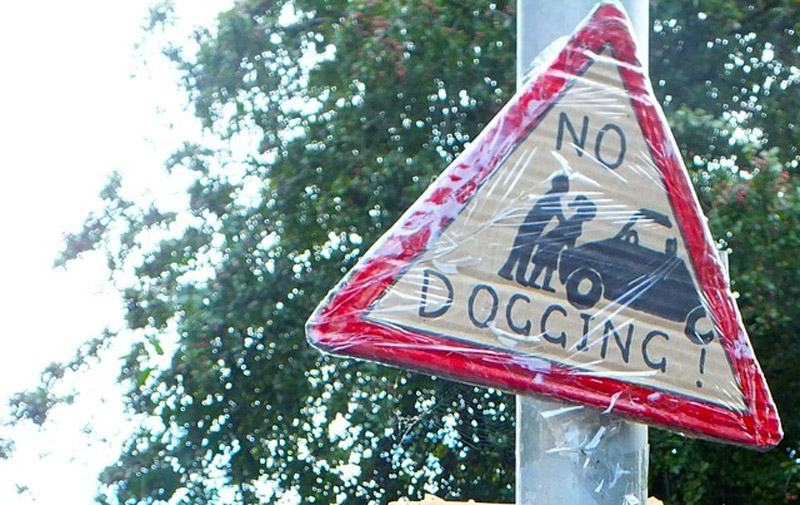 A SIGN put up by a disgusted mother to warn off doggers has been taken down for the second time - after her landlord took exception.

Marie Owen, 27, first put up the cardboard protest, which had a picture of a couple copulating in the shape of a traffic sign after catching two people having sex in a car outside her flat on Wentworth View, Wombwell.

However, it was taken down by police, who deemed it offensive and indecent due to its depiction of a sex act and use of foul language.

"To say she was standing on an ethical soapbox, it was a pretty disgusting sign," he said. "If a child saw that, it would not have been right. A more mature person would have reported it to the police."

Defiant, Marie replaced the sign with a similar one, this time higher up the lamp post to make it more difficult for anyone to remove, with the same 'traffic sign' drawing and the words: 'Do not remove this sign. It isn't hurting anyone. Some people have no respect. If you do not like my way of discouraging this behaviour... do one!'

However, she said she was forced to take down the sign after the estate agent letting the flats complained, on the basis it made it more difficult for her landlord to let empty flats in the block.