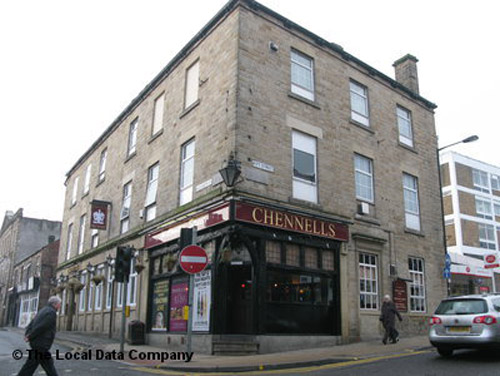 A SINGLE mother from Barnsley who was jailed for scarring a woman in a drink-fuelled attack has had her sentence cut by a third on appeal.

Hannah Leigh Robinson, 24, left Maureen Irwin needing eight stitches to her head after throwing a glass at her in Chennells bar, Wellington Street, during a 'grave' Boxing Day assault in 2012.

Robinson, of Lang Avenue, Lundwood, was jailed by Judge Peter Kelson QC for a year at Sheffield Crown Court in July after she admitted unlawful wounding.

But three judges at London's Court of Appeal have upheld a sentence challenge by Robinson - cutting her jail term to eight months.

Mrs Justice Carr said an old grudge erupted anew between Robinson and Miss Irwin while they were drinking in separate groups.

Robinson's group followed Miss Irwin's after they had moved across the road to Chennells, where the dispute sparked up again.

After tipping a drink over the victim, Robinson was captured on CCTV chucking her empty glass at Miss Irwin, inflicting a 3cm cut to her head.

Mrs Justice Carr said the mother-of-one later told police she did not remember the incident but, on being shown a video clip of the attack, said she was disgusted with herself and admitted her actions were reckless.

Carr, sitting with Lord Justice Pitchford and Mr Justice Blake, said: "This was a grave offence and nothing short of an immediate custodial sentence would have been appropriate. The appeal is allowed and we will reduce the sentence to a period of eight months' imprisonment."