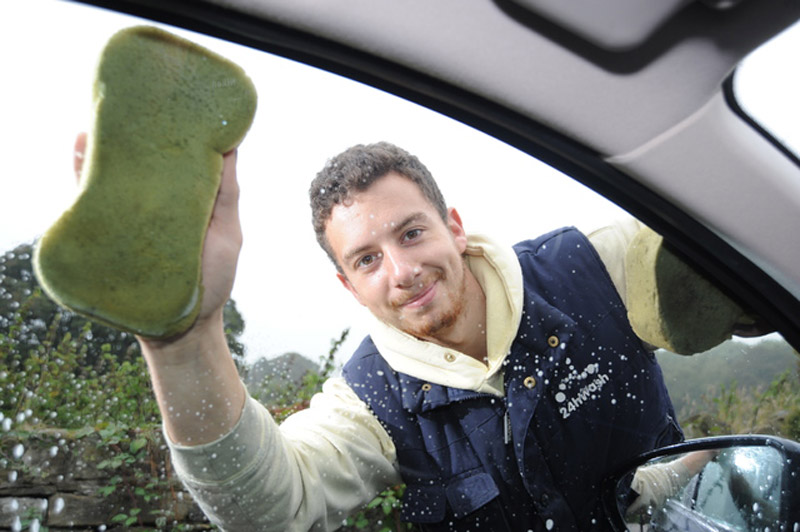 AN EX-SOLDIER who spent seven months fighting on the frontline in Afghanistan has swapped his rifle for a sponge after setting up a car wash business.

James Millard, of Longley Ings, Oxspring, left the forces last year after serving a four-year stint with the Yorkshire Regiment.

He spent time working in London before setting up a mobile car cleaning service, 24hWash, which has now found a permanent home on the old South Yorkshire Improvements site, Hoyle Mill Lane, Thurlstone.

James, 24, who is originally from Sheffield, said work has been non-stop since he opened on September 20.

"I needed to get out and do something for myself," he said. "I think that's more rewarding than always working for other people.

"The army teaches you discipline, commitment, hard work and long hours. I enjoyed it but I don't miss it and I wouldn't go back."

James initially looked to establish the business in Thurgoland but eventually settled on Thurlstone after his girlfriend spotted the site on her drive to work in Manchester.

He has already appointed an assistant, Will Waddle, and is looking to employ another person to help ease his workload.