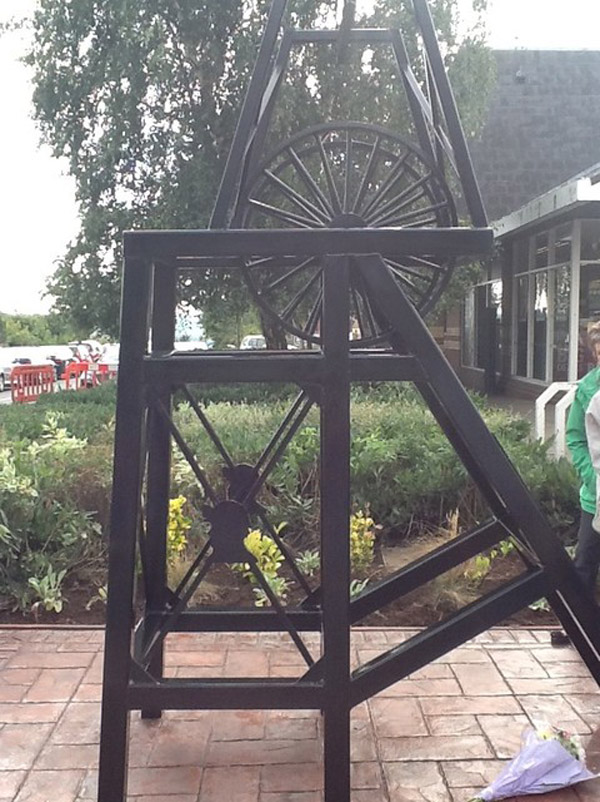 Scores Turn Out For Memorial Unveil

MORE than 1,500 people turned out for the unveiling of a mining memorial in Mapplewell.

The tribute to the men, women and children who died while working at North Gawber Colliery is at the Co-op car park, Blacker Road.

It's in the shape of pit head gear and bears three plaques: one to commemorate the site, one in memory of the people who died accidentally and another to remember those who lost their lives in an explosion in September 1935.

The campaign for a memorial was spearheaded by Cllr Harry Spence, who had been asked by residents why there was no lasting memorial.

He said: "This has been three years in the making. There was nothing previously and people kept asking me why we had no memorial. Now it's a memorial with three plaques.

"It's been quite a gripping three years and quite tearful this last year with the people I've met who lost fathers and grandfathers."

Cllr Spence themed the unveiling around young people in the village, many of whom had never seen a piece of coal and did not know about North Gawber Colliery.

A parade went from Mapplewell and Staincross village hall to the memorial, which was unveiled by 93-year-old Eric Barraclough, who worked at the colliery.

The children then performed 'Remember Remember September', a song about the explosions, and a poem was read by Anne Rhodes. The names of those killed was also read out.

"It was so brilliant and I cannot explain how good it was," Cllr Spence added. "It was awesome and a really fitting tribute to those who did lose their lives."