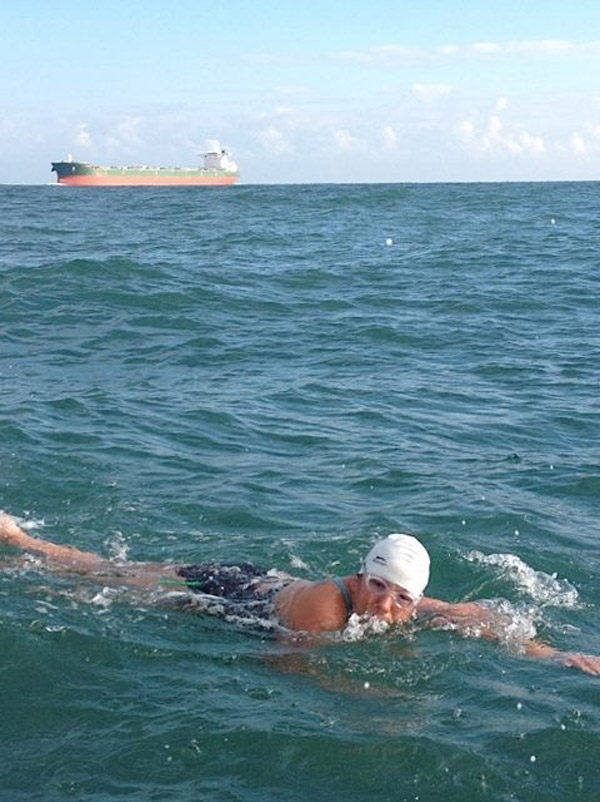 A BARNSLEY swimmer has spoken of the worst point of her 14 hour 49 minute crossing of the English Channel.

It took Ally Brisby, 34, three-and-a-half hours to do the final two miles because the tide turned against her.

Ally, who suffered sickness and pain in her shoulders, said: "The tide pulled me away from the shore near Calais."

She raised about £8,000 for Macmillan Nurses and did the swim because an aunt, Ivy Foster, 80, died of cancer about five years ago and because her chief bridesmaid, Amy Watson, 34, is in remission after having breast cancer.

She expected to cross the Channel in between 15 and 17 hours so she was satisfied with her eventual time.

She wore a swim suit and Vaseline. She said one of the secrets of Channel swimming was to build up your tolerance to cold water.