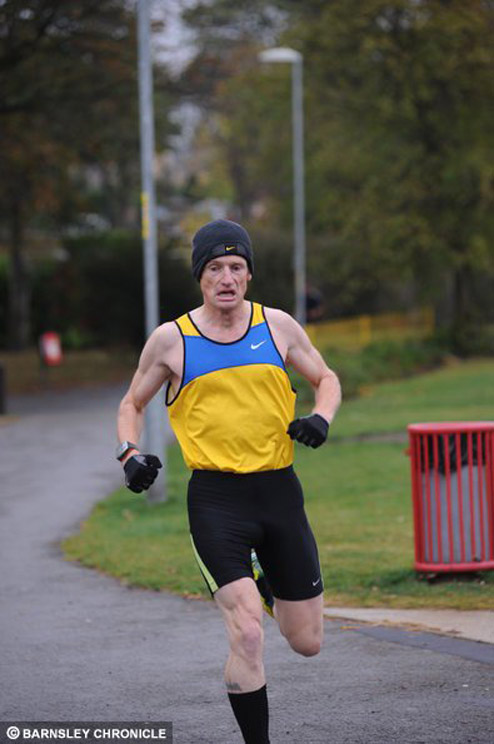 A BARNSLEY man is preparing to run a staggering 863 miles in just nine days to raise money for the town's hospice.

Gavin Felton, from Monk Bretton, will run from Lands End to John O'Groats and is chasing the Guinness World Record time of nine days, two hours and 21 minutes.

April 12 will see Gavin set off on his arduous journey after over two years in training.

Gavin, who is used to intense training having served in the army for 23 years, chose to run and raise funds for Barnsley Hospice as family members have been treated there.

"Barnsley Hospice is obviously a charity that is very close to my heart," he said. "It always amazes me that hospices remain charities and rely so heavily on fundraising because of all the good work they do."

The 44-year-old's herculean task will be tough but he's mentally and physically prepared for what's to come, having recently competed the Yorkshire Marathon last month - a doddle at just 26 miles long.

Gavin didn't simply drive there, run the marathon and come home, though. He did things a little unorthodox.

"I actually ran from Barnsley to York, then did the marathon," said the former Regimental Sergeant Major. "You go through peaks and troughs in running but if your mind tells you to give up you've just got to keep going."

Gavin took five hours and eight minutes to run the 40 miles to York, before resting up for three hours.

He then finished the marathon in three hours and 20 minutes. Mr Felton, whose wife Victoria, 30, and two children, Harrison, seven, and Kiera, three, were in the crowd, has completed 48 road marathons as well as 19 cross-country marathons.

He's confident the staggering 863-mile run will go to plan - and remains focused on the time he has got to beat.

"Days four and five will be the key," he added. "Once I'm past Kendal it'll be a big mental lift as it's like you're on your second and final lap as it's the half way point."

Slow release energy foods such as Ready Brek and honey sandwiches are on the menu, but another stranger choice makes its way onto the list as well - baby food.

We Are Barnsley will be following Gavin's run, so stay tuned and we'll keep you informed of how he's getting on.