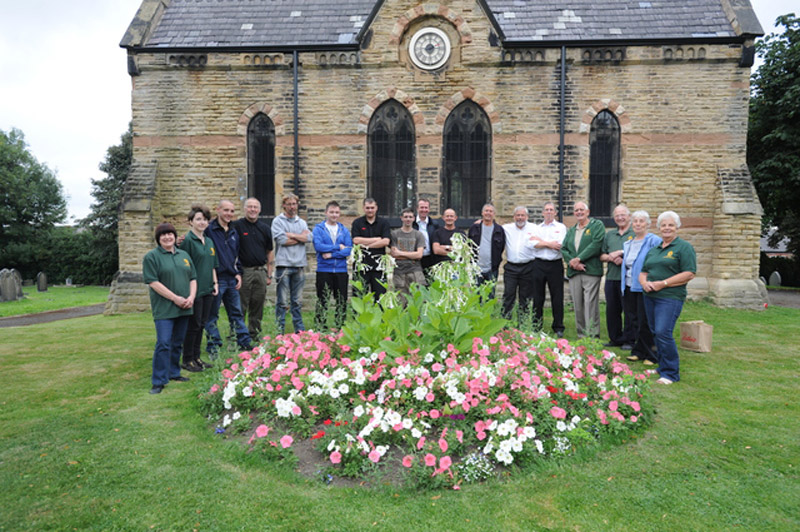 A DERELICT chapel has been fitted with new windows courtesy of a generous company.

LNS Turbo, of Valley Way, Wombwell, donated time and materials towards installing new windows and it moves the Friends of Wombwell Cemetery group one step further towards realising their dream of transforming it into a visitors' centre.

Switzerland-based LNS Turbo Group, which is in its 40th year of trading, is celebrating by undertaking one day's work per employee for the benefit of the community.

In addition to its labour, the company has designed and donated eight Perspex windows and protective grilles for the church, which is being slowly restored by the group after years of neglect.

Sill covers were also manufactured and fitted beneath the windows to support memorial plaques.

"That's the company's gift to the people of Wombwell," said Friends chairman Mike Bretton. "The original windows had been broken and boarded up for a number of years but they've now been restored."

The group now aim to have a a kitchen and toilet installed in the former chapel and hope to secure funding to replace the rose window, which is currently boarded up, with a design commemorating those who died in the First World War.