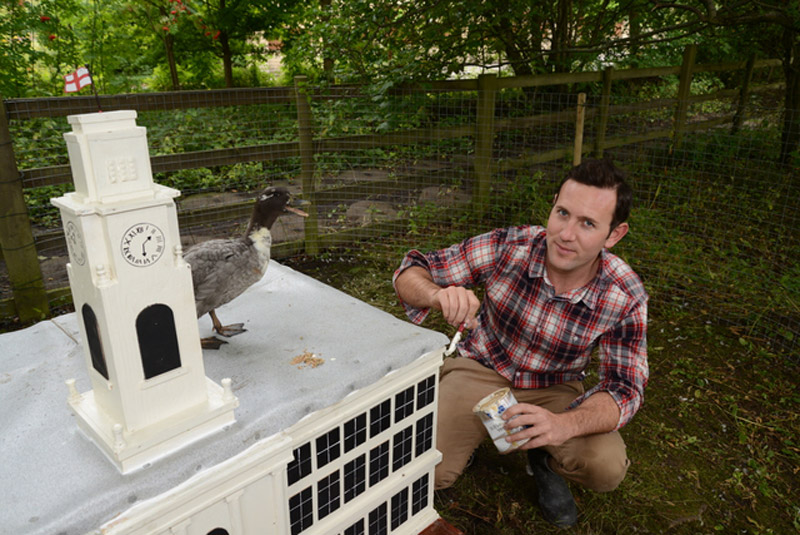 Man Creates Town Hall Of His Own

BARNSLEY Town Hall took six months to build back in the 1930s, but this man's attempt only took 100 hours.

Skilled craftsman Tom Horsfield decided to create the scaled down version of the building as a duck house, to mark the official opening ceremony of the Barnsley Pals Centenary Square.

Tom, 28, says the ducks that live on the stream that runs through Pot House Hamlet in Silkstone are already impressed by his tribute.

"I just thought it would be a nice tribute," said Tom. "It's rather bigger than I originally planned, but I'm pleased with it and the ducks really love it."