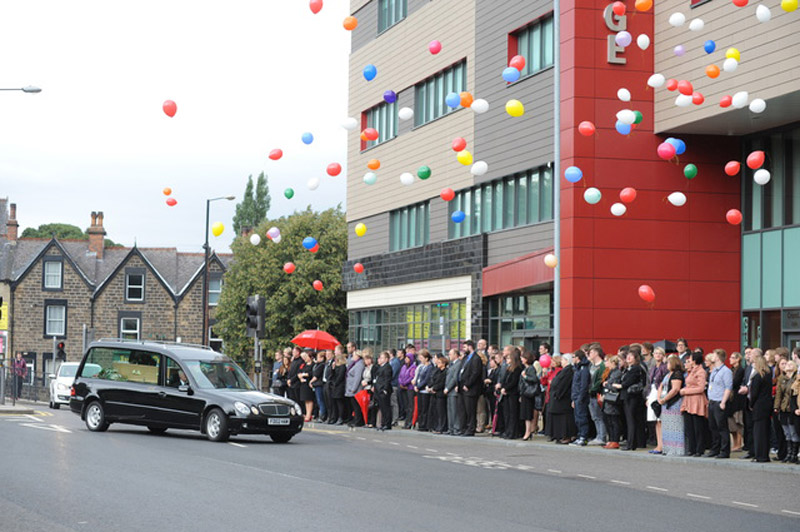 Students And Staff Line Street In Memory Of Popular Teacher

STUDENTS and staff lined the street as the funeral cortege of a Barnsley College music teacher went by.

Richard Tolson, affectionately known as Rich T, died on September 2 at the age of 40 after being diagnosed with a rare form of cancer in February.

He had been at the college for 18 years and was the head of music and performing arts.

Many were in tears as they released coloured balloons when the cortege paused outside the college on Church Street last Tuesday.

He is now studying music production in Leeds and had no idea Rich was ill and was shocked to learn of his death.

"He was a really kind, fun person who always tried to make things interesting and fun," Jack, 19, said.

"He taught me everything I know."

Abbie Wheeler, 16, of Priory Road, Lundwood, added: "Mr Tolson's wife has taught us and we wanted to show our respect. She's helped me a lot at school. She's devastated."