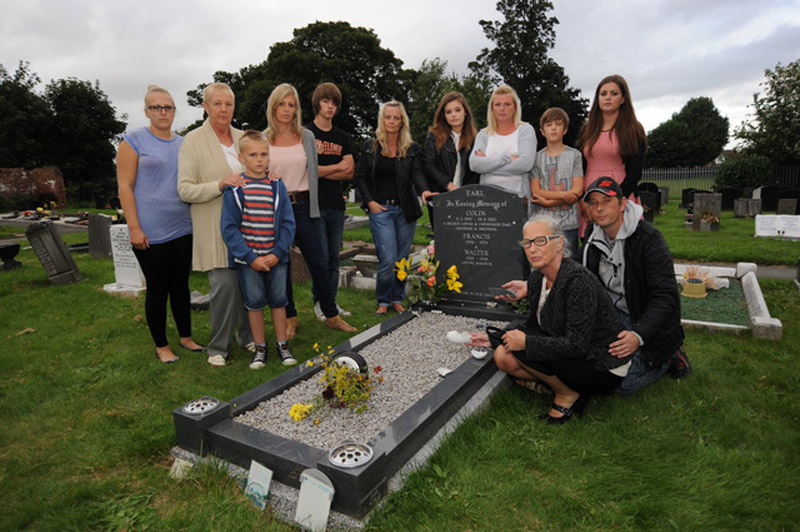 A HEARTBROKEN family are offering a reward for information after they claim their dad's grave was savagely attacked with a hammer.

Derren Bell, 44, said her father's grave in Brierley Cemetery has chunks out of it and ornaments have also been smashed.

She says she has no idea why the family plot has been targeted as her dad, Colin Earl, 65, was well-known in the village and was well-liked by everyone.

But there are dints with rust marks around her dad's name, leading them to believe it has been hit with a hammer.

"We're absolutely devastated because my dad was a very private man; he didn't have any enemies but they specifically targeted his headstone and they've completely ruined it." Derren, of Park Meadows, Shafton, said.

She believes the attack happened on Saturday or Sunday evening and said the headstone cost £2,000.

Derren is the oldest of four children and says she and her siblings visit every day.

Her younger sister Gaynor, 43, rang her on Monday after discovering the damage and Derren said she was inconsolable.

"There's just no reason why anybody would do it."

The family has contacted the police but is offering £500 for more details.