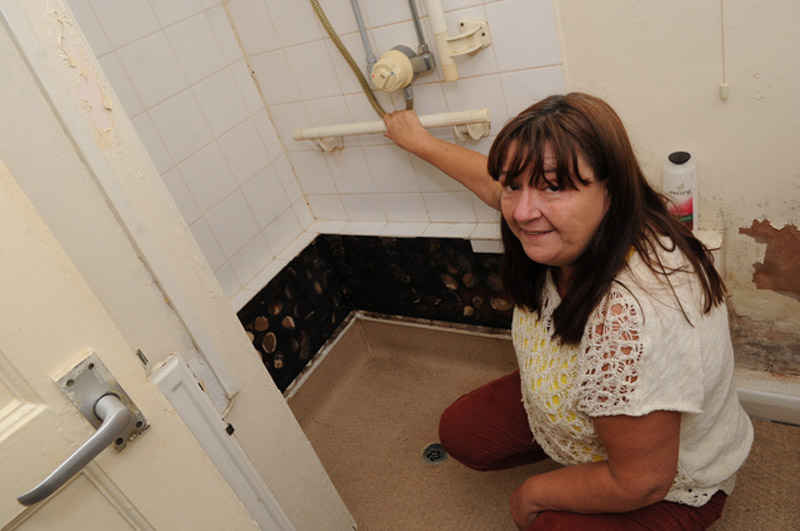 THE damp is so bad in a woman's bathroom that she has mushrooms growing out of the walls.

Denise Liddle, 51, said two different types of mushrooms, some up to four inches wide, have been pushing tiles off the walls for about two months but, despite repeated visits by Berneslai Homes staff and contractors, nothing has been done to address the problem.

This is despite Denise suffering from illnesses, including chronic bronchitis, as well as frequently contracting chest infections. Her partner Colin Morton, 53, also has mobility problems due to an old pit injury but the fungal infestation is so severe it has even forced the shower seat off the walls.

Denise, of Regina Crescent, Brierley, said Berneslai Homes was supposed to fit a damp course and air bricks to the outside wall of the shower room during a general renovation of the bungalow shortly after she moved in two years ago.

But she said this was not done because of brambles blocking access and the room has suffered from recurring damp for the last year.

“For the last year I’ve been getting black marks on the walls but Berneslai Homes said it’s because of condensation from drying clothes on the radiators and because I don’t have an extractor in the kitchen.”

She says 25 tiles have dropped off and is fed up of it.

“I’m struggling as it is and the last thing I need is mushrooms growing out of my wall.”