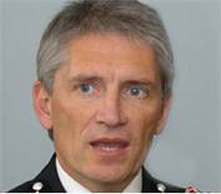 Med Hughes was given two bonuses in 2009/2010 as part of what has been described as an ‘advanced remuneration package’, approved by South Yorkshire Police Authority.

Mr Hughes earned the extra pay, said to reflect his expanded role, commitment to national strategy and improvements within the force, on top of an annual salary of £149,000.

The news comes following calls from leading figures for a review into payments and perks given to chief officers across the UK, made after an investigation cast doubt over whether they were legal.

It has been left up to local police and crime commissioners to decide whether payments were lawful but South Yorkshire Police and Crime Commissioner Shaun Wright, a former member of the Police Authority, has said he will not seek repayment of any bonuses.

"Commissioner Wright is not seeking repayment of this money to the former chief constable."

Mr Hughes, who served as Chief Constable of South Yorkshire between 2004 and 2011, waived his entitlement to more payments when he retired.