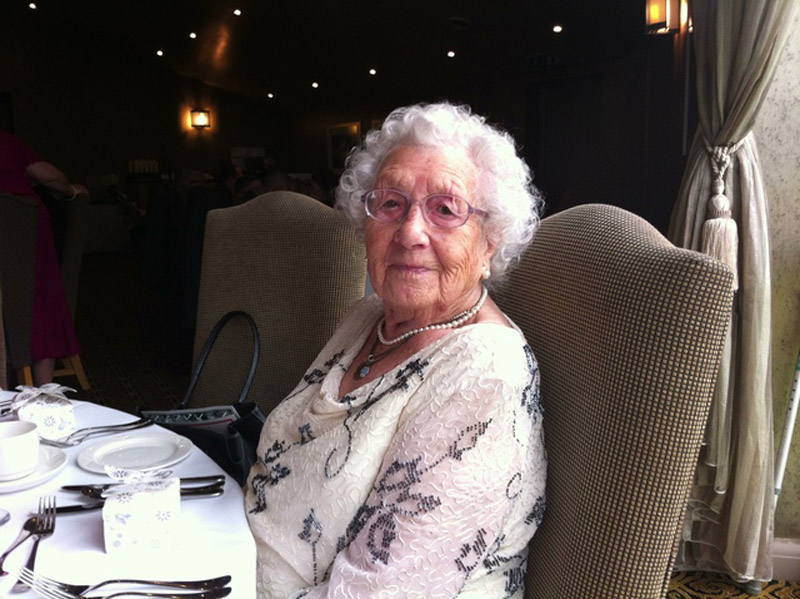 Friends And Family Flock To Town For Centenarian's Birthday

FRIENDS and family from around the world came to the town to celebrate the 100th birthday of Kitty Westnedge on September 1.

Kitty, of Royston Lane, Royston, has lived in the village for 75 years and people from as far as Spain and New Zealand came to Barnsley for her big day.

She's known to many as she owned Westnedge's shoe shop and The Central clothes shop on Midland Road.

Ex-Chronicle reporters Michael Parkinson and Don Booker would often hop off their bikes and pop in for news stories in the 1950s and 1960s, she said.

Kitty was born in Barnsley Road in Cudworth before moving to Brierley and then Royston.

She married husband Harold in 1938 on Boxing Day at Felkirk Church. He died 14 years ago.

The snow was so bad the wedding party had to put shovels in the back of their cars, she said.

But after living through two world wars and having a new knee she is still as fit as fiddle, enjoying shopping trips to Cortonwood and Meadowhall with her daughter Susan, 63.

About 80 friends and family attended her birthday bash at Burntwood, Brierley.

Her godson, Les Briggs, 78, has flown over from New Zealand to mark the milestone.