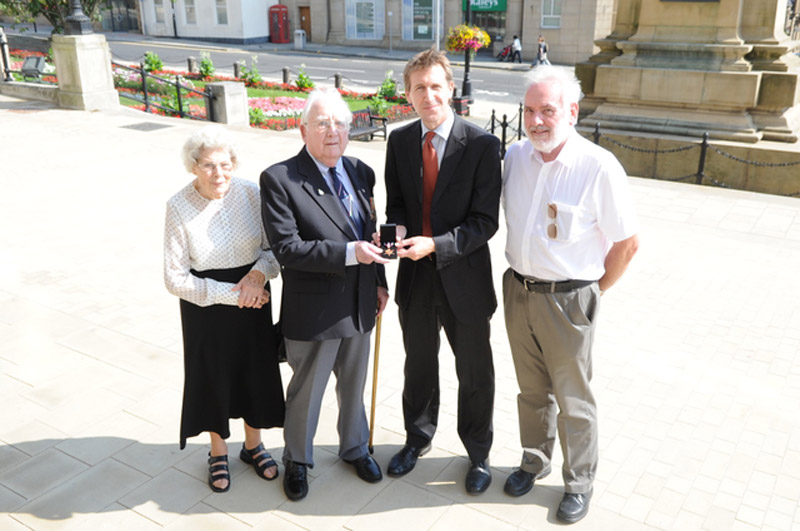 A 90-YEAR-OLD war veteran has been presented with the Arctic Star - 70 years after the first convoy to Russia.

Bob Hawes was presented with the medal by former paratrooper and Barnsley Central MP Dan Jarvis.

Mr Hawes, of Bourne Court, Staincross, was part of the convoys which sailed from the UK to the north Russian ports of Archangel and Murmansk to aid Russian allies.

Merchant ships with supplies and ammunition were escorted by British naval ships and aircraft carriers.

The supplies were vital as German forces had Russia trapped.

Mr Hawes, who had applied for the medal in February, said: "I'm pleased I've finally got the medal after 70 years."

His daughter-in-law Sue, 64, said he rarely spoke of his wartime experiences, but said he feared at one point that he would not be around to accept it.

They asked Mr Jarvis to help speed the application along.

Mr Jarvis said: "I think it's incredibly important we look after our veterans, people who served our country.

"It's been fascinating to hear what it was like serving with the Arctic Convoys during these difficult conditions."