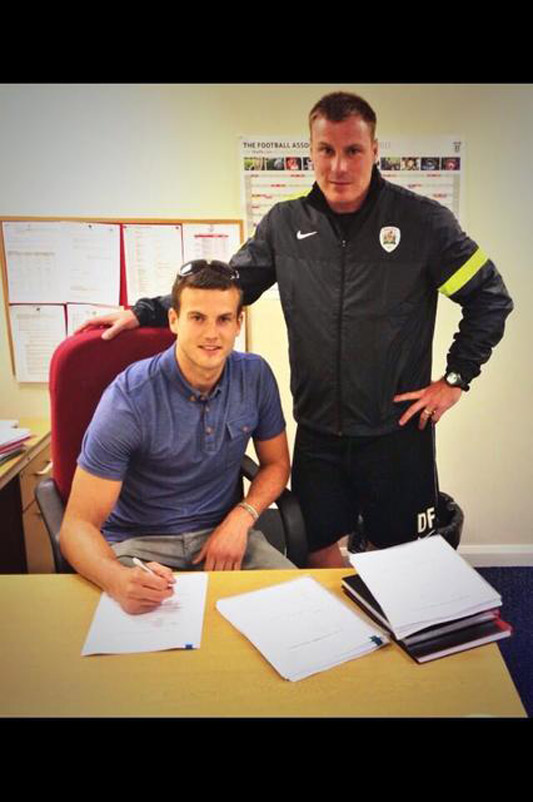 Steele 'Relieved' To Be Rested

ACCORDING to Reds boss David Flitcroft, Luke Steele was 'relieved' when he was told Mike Pollitt was replacing him in the Barnsley goals.

Pollitt, 41, signed on a 28-day loan from Wigan Athletic and became the Reds' oldest player in history and, since his arrival, has played two games.

Steele, who's played 199 games for the club, was stripped of his captaincy and remained on the bench throughout the cup defeat to Southampton and Saturday's much-needed win against Huddersfield Town.

On Steele's reaction to his omission, Flicker said: "There was a hint of relief as he's under real pressure. He's the number one here and he carries that burden.

"You can get complacent, though. I've brought someone in who I think can rival Luke as, at times, Ben Alnwick hasn't given him the competition he needs.

"If you're not scoring goals, everyone's at you to bring a striker in. We're conceding a lot of goals, so I've brought another goalie in."

What do you think? Has Flicker made the right choice in signing the veteran 'keeper and put his number one on the bench? Have your say below.