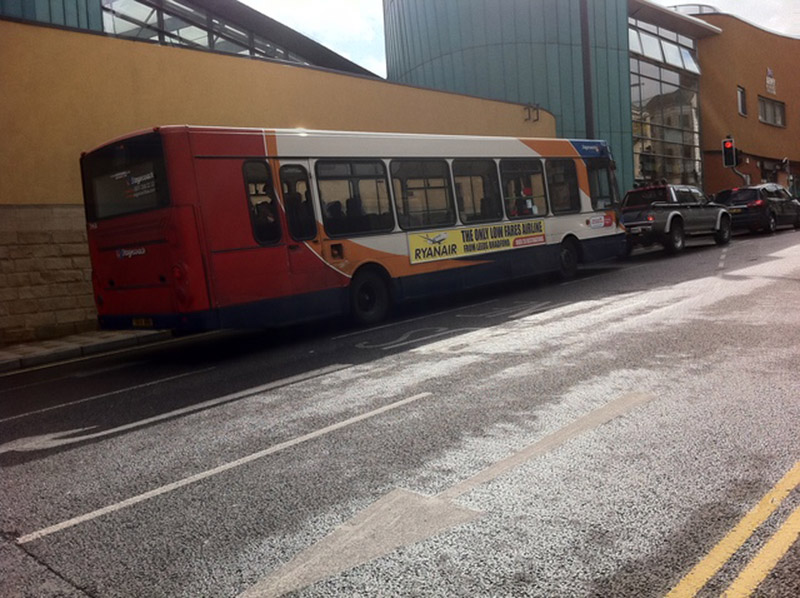 Stairfoot Park And Ride Could Happen

A PARK and ride site which has been abandoned for over two years could at last be brought into use, We Are Barnsley can reveal.

The site, which was made adjacent to the Stairfoot Tesco, was added as part of a planning agreement through Barnsley Council when the development was extended. It was never brought into use because bus operators were worried that traffic was too slow moving to allow the park and ride to be used without a total overhaul of bus time-tables due to the heavy traffic nearby.

But now, £1.25 million has been spent on improving traffic flow on the main bus route into town which could allow for the Wombwell Lane Park and Ride to come into operation.

Coun Roy Miller said: "We are encouraged by the initial data SYPTE officers have reported, this shows the scheme is having positive benefits predicted for bus journey times.

"As a frequent user of Stairfoot Roundabout I travel along Grange Lane regularly and I think it is obvious, that even in peak times, there has been a reduction in queue lengths on the Grange Lane leg of the roundabout, this is because the traffic wanting to go onto Doncaster road to Darfield can access it much earlier.

"This means that the improvements will assist the Park and Ride site by reducing access and egress times especially at peak periods."

The work that has been carried out - using cash from the Local Transport Plan partnership and the Community Infrastructure Fund - means that the key bus route from Stairfoot to Alhambra roundabout has been upgraded. A central bus priority lane and widening of lanes at Stairfoot roundabout was completed and a new Grange Lane to Doncaster Road link road added.

What do you think? Would you use a Park and Ride from Stairfoot? Write your comments in the box below.