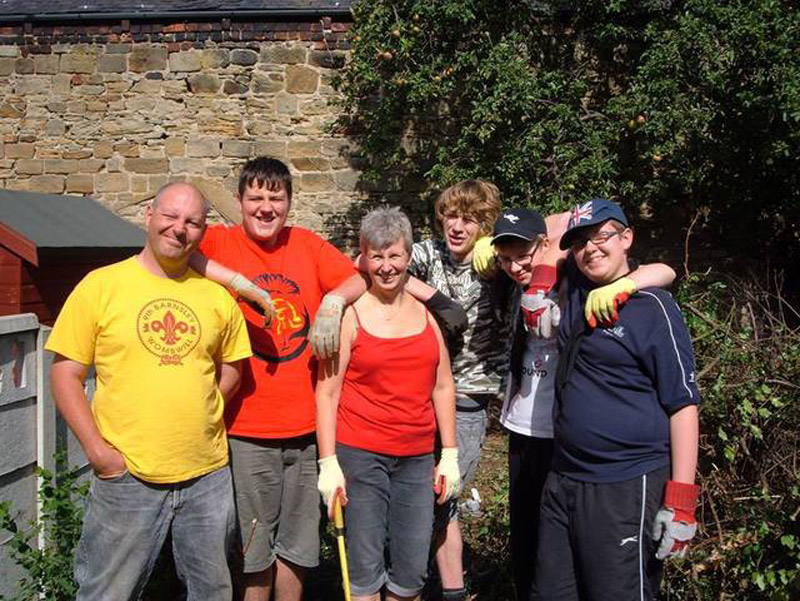 A PENSIONER with cancer said he was touched by pub regulars pulling together to save him from eviction.

Trevor Whittaker, 78, received letters from Berneslai Homes informing him he was in breach of his tenancy agreement due to his back garden on Roebuck Street being overgrown and would most likely have a 'notice of seeking possession' served against him if it was not cleared.

Trevor said he had been unable to keep on top of the garden, which was overgrown with brambles, due to caring for his late father, who was left severely disabled by a stroke in 1998 and died two years ago.

Trevor was also diagnosed with cancer ten months ago and is receiving treatment at Weston Park.

However, when he mentioned his predicament at his local, The Anglers' Rest, regulars including former landlady Simone Foster-Jowett flocked to his aid and have spent the last two weeks busily chopping and burning brambles around the clock, six days a week, with the help of local Scouts and Explorers.

"I think it's absolutely brilliant," Trevor said. "It's been hard work but everybody's pitched in and the Scouts have been fantastic - it would've been a lot harder without them.

"It's nice to have such good friends. It's going back to what the community was like 20 or 30 years ago and it shows it's still there - you've just got to look for it."

The garden now looks presentable and friends have even donated paving slabs to make a patio area where the brambles once stood.