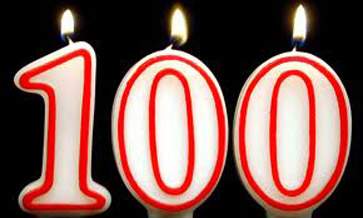 THE town's got another centenarian! Hilda Steward has celebrated her 100th birthday.

The dominoes-loving great-grandmother lived in Millhouse Green until the age of 94 and Hilda, formerly of Manchester Road, reached the landmark occasion on August 16.

She now lives in a care home in Birkenshaw, near Bradford, to be close to her only child, daughter Sandra Hines.

Hilda, who has two granddaughters and two great-grandsons, also had a spell living in Stocksbridge when late husband John worked at the steelworks before the couple moved to a poultry farm in Millhouse Green.

Daughter Sandra, who lives in Leeds, said her mum used to enjoy playing dominoes at Millhouse Institute and her name would regularly feature in the Chronicle as a winner.