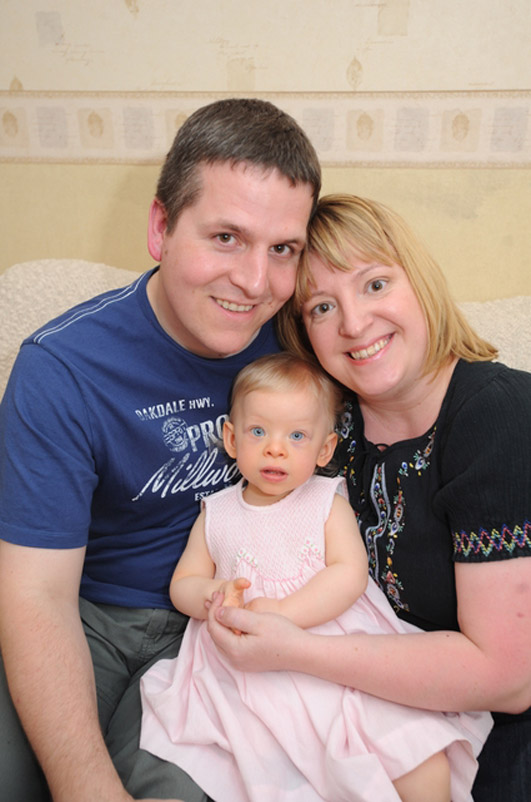 THE parents of a little girl with a rare condition have raised more than £4,000 for charity.

Lauren Taylor, aged 21 months, was diagnosed with Williams Syndrome - a condition which affects one in every 20,000 children - when she was just four months old.

It means her features are 'elfin-like' and delays her development.

Her parents Katherine, 35, and Paul, 36, of Springfield Road, Hoyland Common, wanted to raise money for the Williams Syndrome Foundation - the only real support available for families affected by the condition.

Paul completed a 24k walk in Edale in the Peak District last month with friends and work colleagues in 29 degree heat - one of the hottest days of the year so far. It took them six hours.

Katherine said: "Lauren is such a wonderful little child. She's so happy and loves to see people and immediately smile at them.

"She's just learned to crawl and can now pull herself up - each little achievement is a massive step.

"The condition is so rare that sometimes we have to explain to doctors about it and we wanted to raise money for the foundation because it's the only real support out there."

They originally set a target of £500 but found they had raised that in two weeks. The final sum raised was £4,440.