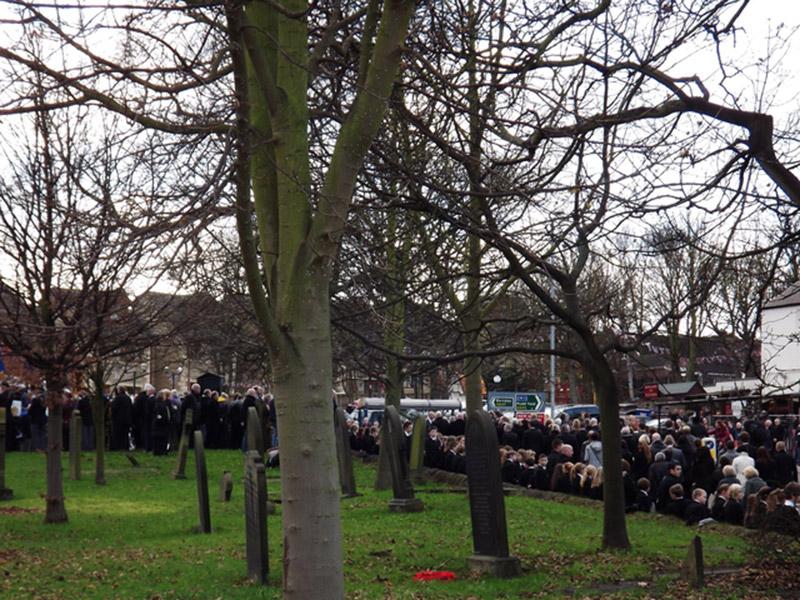 Hundreds Of Locals Pay Their Respect To Barnsley Soldier

HUNDREDS of locals lined the streets of Darton today to pay their respects for the Barnsley soldier who died in Afghanistan.

Private Matthew Thornton was killed on November 9 after volunteering to take part in a project to work with the Afghan community. His patrol came under fire and he was caught in the blast of an improvised explosive device.

His funeral was held at 11am today at Darton All Saints Parish Church - but from as early as 9.30am locals had started to line the streets to pay their respects.

Hundreds of tributes have flooded in for Matthew and - at last week's football match - thousands of fans clapped deafening applause in his honour. Here's the video:

* Many thanks to Roland Rogerson for submitting the photograph used above *