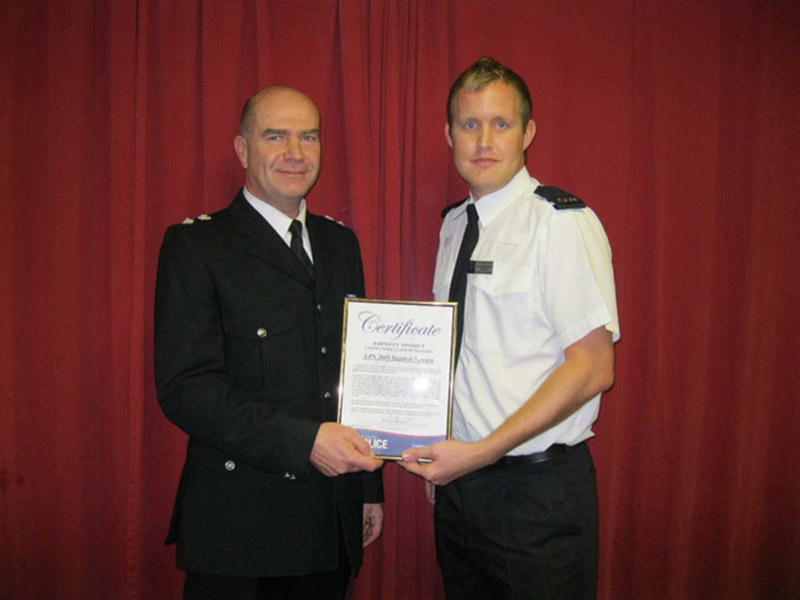 Armed Robbers Caught With £40,000 In Footwell

A BARNSLEY police officer has been praised for his bravery after single-handedly catching three armed robbers who made off with £40,000.

Constable Stephen Newton was in a car on his own when he got a call out on the radio to be on the look-out for a suspect vehicle that three robbers had made off in.

Stephen was on patrols near Stocksbridge Bypass when the white Astra van passed him and - despite being on his own - he persued and stopped the men, knowing that back up police support was over seven miles away in Wombwell.

He said: "I didn't really think about it because there was a lot of traffic that day and people passing by. The first thing I did was took the keys out of their vehicle so they couldn't drive off and then I handcuffed the biggest one out of them. I was probably waiting with them for about five to ten minutes but it happened so quickly I didn't even stop to think about it.

"At the end of the day, that's my job. It's nice to get recognised but I'm more satisfied to get that amount of money back to be honest from somebody who had not earned it."

The three men were later all jailed for five years for armed robbery - they attacked a businessman with a pickaxe handle and a baseball bat and stole over £40,000. Both the cash and the weapons were found in their possession.