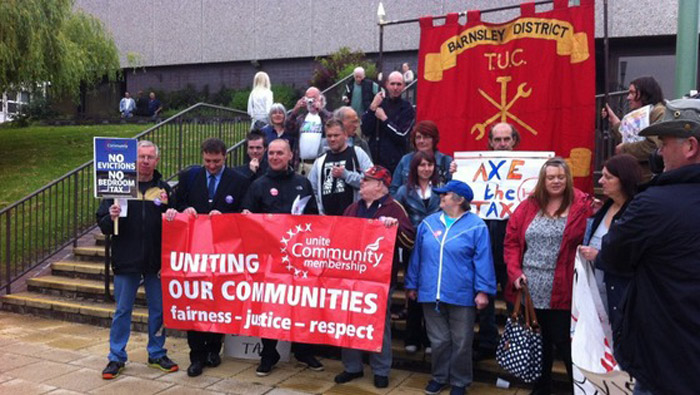 Barnsley Man Faces Being Kicked Out

A BARNSLEY man who was given 28 days to pay his 'bedroom tax' is facing being kicked out of his home.

Scott Dickinson, 22, was given the warning to pay something or else his home at Standhill Crescent, New Lodge, would be repossessed by the council.

But Mr Dickinson said after the brief hearing: "I would rather have been kicked out. I am sick of being messed about.

"I do not need advice. I only receive a certain amount of Jobseekers' Allowance and housing benefit. I am trying to settle rent and council tax arrears so I cannot pay bedroom tax.

"I will try and pay a bit off over the next 28 days but I am absolutely skint.

He added that he had previously had jobs as a welder and in pubs and restaurants.

Mr Dickinson was one of seven cases heard. Out of those three were given a suspended possession order, meaning the tenants must follow an agreement to pay their rent and any arrears. They also have court costs to pay.

Two cases were adjourned and two tenants had already cleared their arrears before the court hearing - but had to repay all court costs.

Berneslai Homes said eviction is a last resort but a spokesman added: "However, where tenants don't engage with us or act on the support and advice we offer then we have no option but to ask for a court order to enforce payment of rent or as a last resort to evict."