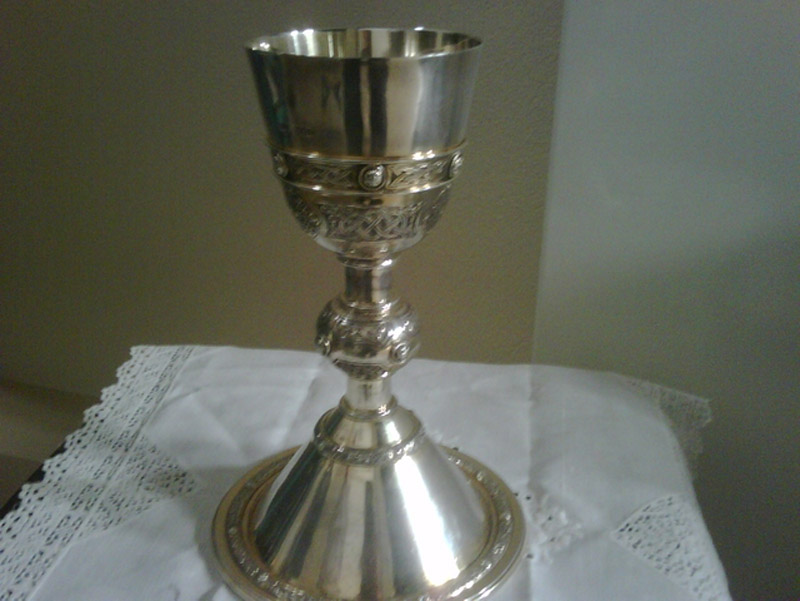 Police Appeal After Theft From Church

POLICE are appealing for information after a chalice was stolen from a church in Barnsley.

The chalice, valued at around £250, was last used at Sunday Mass on August 11 at the Roman Catholic Diocese of Hallam Church in Worsbrough.

It is reported that the chalice was returned to its usual place within the church and was discovered missing a week later, when the Deacon was preparing for Sunday Mass.

It is reported that £80 in cash was also missing from the church.

There were no signs of forced entry to the church, but it is believed that a spare key to the safe had been used and is still missing.

South Yorkshire Police have released photos of a similar looking chalice from the church and are asking the public to be on the lookout for anybody who may be trying to sell the item, or for any information that may help the investigation.

The stolen chalice is silver with a hexagonal base. There is a cross at its base.

Anybody with information is asked to contact South Yorkshire Police on 101 quoting incident number 1084 of August 17 2013, or contact Crimestoppers anonymously on 0800 555 111.