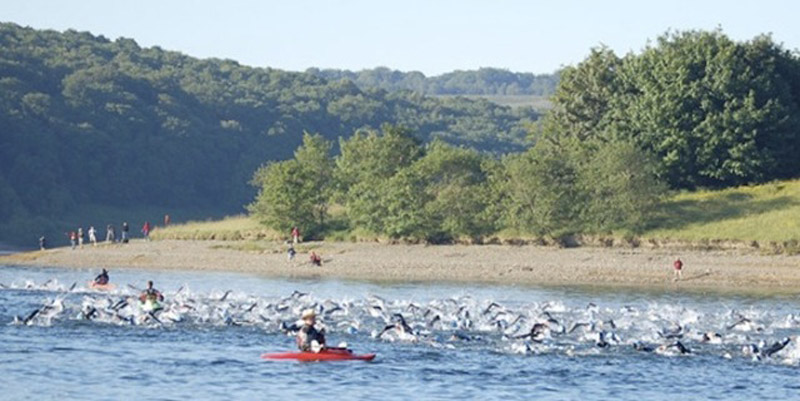 A BARNSLEY man burned off over 17,000 calories in his 13-hour iron man challenge.

Ten years after completing his first marathon, 42-year-old Melvin Wallace, an environmental engineer, says nothing could make him feel so fulfilled ever again.

Melvin, of Merchant Croft, Monk Bretton, threw himself into an eight-month training regime for the ultimate physical challenge.

The Ironman UK race was held near Bolton and to ensure it was a proper family affair, Melvin's twins, Harry and George, seven, completed a kids' 1,500 metres mini race the day before the main event.

Melvin's race started at 6am and consisted of a 2.4-mile open water swim, a 116-mile bike ride and ended with a 26-mile run.

Such a gruelling race requires lots of preparation and Melvin dedicated lots of time to be ready for the event. Along with swims at Manvers lake and nights pounding the pavements, he's done lots of bike work both on the roads and on his turbo trainer static bike. So even while watching TV, Melvin could train.

"It was a fantastic day and the feeling of elation and achievement was simply amazing," he said.