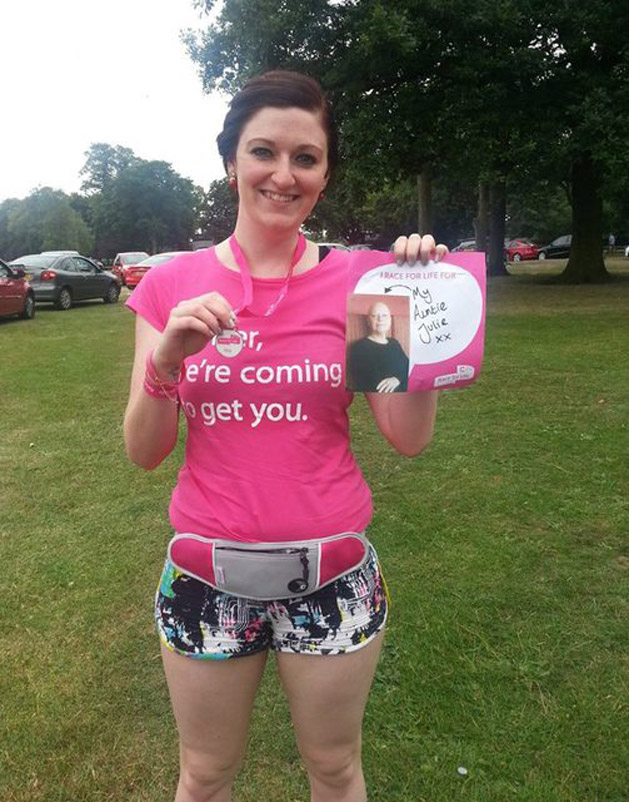 A WOMAN from Athersley has run the Race for Life - after her auntie was diagnosed with cancer for a third time.

She raised £350 for Cancer Research UK with sponsorship from friends, family and customers from where she works at BB's Hair Design on Summer Lane, Barnsley.

Rachelle was running in support of her auntie, Julie Lee, 56, of Warren View, Barnsley, who is fighting her third battle with cancer. Julie had to pay towards her living costs and hospital parking because she did not qualify for government support.

Rachelle said: "This was the first time I had completed a run like this. It was such an emotional event, I'm not a girly girl but the sea of women dressed in pink made me get tears in my eyes."