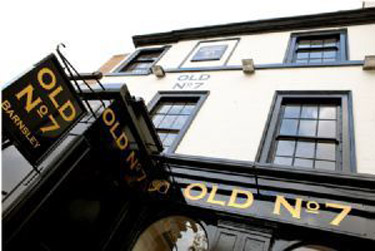 The Yorkshire regional cider pub of the year accolade from CAMRA (Campaign for Real Ale) recognises the variety of ciders and perries on offer at the celebrated cask ale pub.

It's the latest in a clutch of awards for the historic hostelry in the town centre, re-launched as a place for quality cask ale and cider only two years ago.

Nigel Croft, secretary of Barnsley CAMRA, said: "The Old No 7 is a credit to cider and perry drinkers. It has up to four available from behind the bar and on-hand pump as well as a selection in bottles.

"This cider award to the pub has put Barnsley on the map not just for its great beers but now ciders and perries."

Cider tasting sessions have been an important feature at the pub’s regular beer festivals.

"It's fantastic to win this award for our cider choice," manageress Fiona Holmes said. "Coming after our other awards so soon since we opened is a great boost to the pub and all the staff."