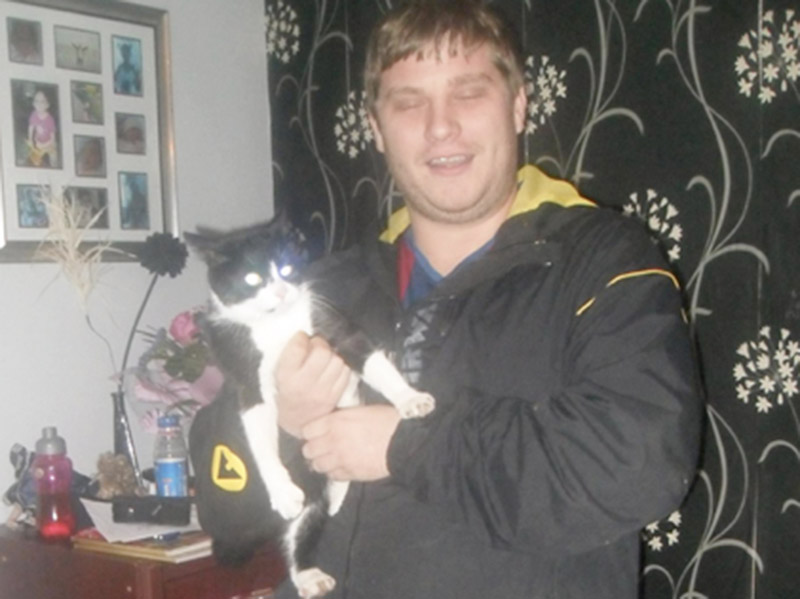 A BARNSLEY man has scaled a three-storey house in Shafton to save a cat that was stranded on a roof for over 40 hours.

Karen Greenwood put an appeal on Facebook after her cat climbed out of an attic window and became stuck on the roof of her house. Despite trying to entice it out with food, ringing the RSPCA and the fire brigade, the little cat was not budging and scores of you came on to offer help and ideas.

WABer Simon Washington saw the appeal on our wall today and -despite being initially baffled by suggestions of getting a 'cat ladder' - he volunteered to go around. He climbed on the roof himself to bring the cat to safety.

He said on our wall : "I'm applying for the RSPCA tomorrow, I'm going to start wearing my pants outside my trousers."

** The little cat was stuck for more than 40 hours, pic courtesy of Karen Greenwood *